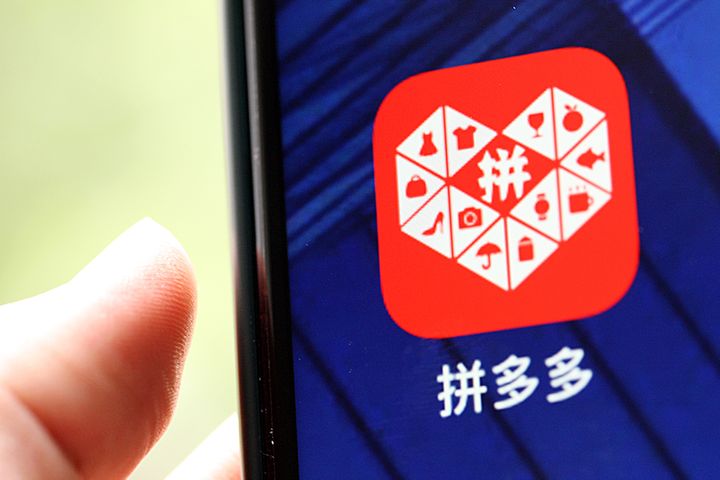 Revenue nearly tripled to CNY7.3 billion (USD1 billion) in the three months ended June from a year earlier, the Shanghai-based company said in an earnings report yesterday. That was about CNY1.1 billion more than analysts forecast. Its net loss narrowed 85 percent to CNY1 billion from CNY6.5 billion.

China's so-called first- and second-tier cities accounted for 48 percent of Pinduoduo's total GMV in June, compared with 37 percent in January, Chief Executive Zheng Huang said. That means the platform, which initially attracted shoppers in third- and fourth-tier cities, is gaining traction in the most-developed urban areas such as Beijing and Shanghai.

"We have seen an increase in user satisfaction, engagement and a broader app penetration," Huang said.

The expansion showed in monthly user numbers and spending. Average MAU surged 88 percent from a year earlier to 366 million and active buyers rose 41 percent to 483.2 million. The firm widened its product offering to upscale brands. As a result, annual consumption by active buyers nearly doubled to CNY1,468 (USD208) each, based on data for the 12 months ended in March.

Up against the powerful e-commerce giants Alibaba Group Holding and JD.Com, Pinduoduo is still burning through cash. Over the three months, the total cost of revenue more than quadrupled from the same period of last year to CNY1.6 billion. It spent CNY6.1 billion on sales and marketing.

Most of the firm's revenue comes from online marketing services, as that tally nearly tripled to CNY6.5 billion, making up 89 percent of the total. The rest is basically transaction services as that figure more than doubled to CNY822.9 million.