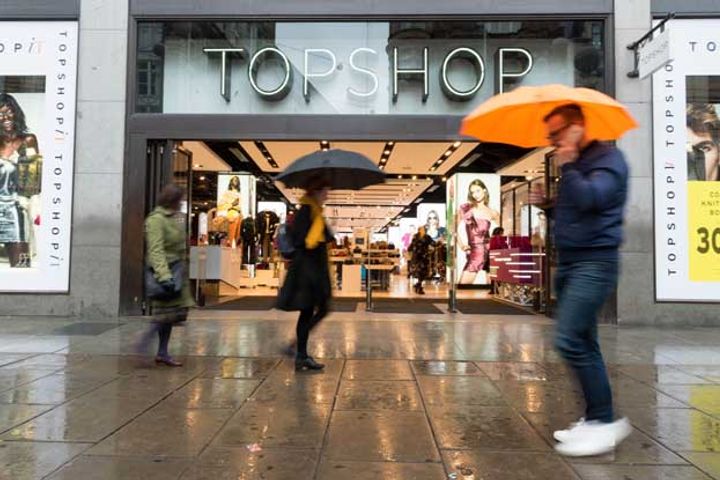 Topshop will close its Tmall flagship store because of an international business strategy adjustment and will have a closeout sale soon, it said in a statement yesterday, adding that items without quality problems may not be exchanged or returned after purchase.

Items will  start at CNY39 (USD5.7) on its partner Shangpin.Com's website, per the information from the flagship store, Chinese technology media 36Kr reported.

Founded in London in the 1960s, Topshop is a unit of London-based Arcadia Group, the UK's largest clothing retailer. Known as a business miracle among fast fashion labels and representative of high street brands, Topshop was on a par with Sweden's H&M and the Spanish ZARA brands in design and quality in the view of fashionable young consumers' just two or three years ago.

The store landed in China in 2014 on Shangpin.Com, a global fashion and luxury shopping website and opened a flagship outlet on Tmall with Shangpin.com as its operator. Its rival H&M waited until 2018 to open its Tmall outlet.

Topshop's performance on Tmall is quite unsatisfactory, however, with only 3.2 million followers while Zara and Japan's Uniqlo, which went online in 2012, have gained 13 million and 14.8 million followers, respectively.

Topshop's collapse in e-commerce occurred simultaneously with its shrinking array of offline stores. Its sales have languished for two straight years within the sluggish UK retail sector, with rising physical store costs, dwindling custom and the burgeoning market share of international big brands to blame.

Topshop has also flopped in places other than China. Its sole franchisee in Australia declared bankruptcy last May and several stores in Spain later closed.

Its sales fell by 2.5 percent in 2016 compared with the previous year and dropped by 5.6 percent last year to GBP1.9 billion (USD2.5 billion), Arcadia's financial report shows.