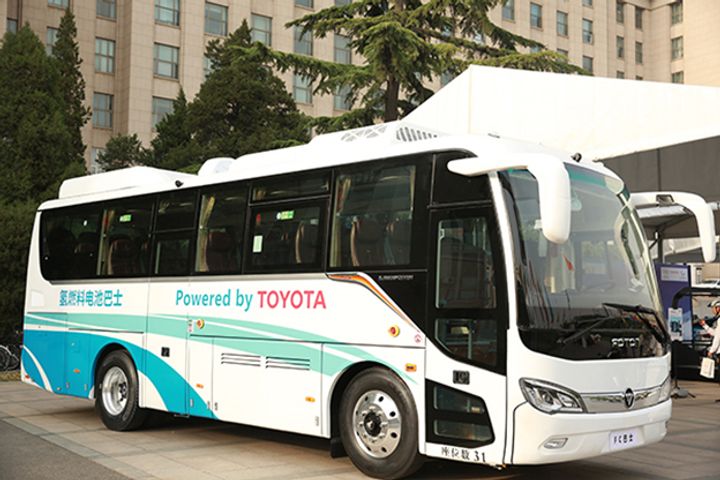 (Yicai Global) April 23 -- Toyota Motor Corporation of Japan along with  China's Beiqi Foton Motor and Yihuatong Technology has showcased a new hydrogen fuel cell bus that will be used at the 2022 Beijing Winter Olympic Games.

The bus is powered by a 60-kilowatt hydrogen fuel cell engine and will enter production in 2021, China Securities Journal reported at the unveiling event in Beijing.

Much of Toyota's efforts related to hydrogen tech have been centered on  metal plate reactors used in passenger cars such as its Mirai model.

Beijing's Yihuatong was one of the first Chinese players to enter the fuel cell  vehicle sector. Foton, also based in Beijing, won the bidding for the  Zhangjiakou bus project despite competition from Yutong and Sunlong Bus.

Foton established a research and development team with Tsinghua University  and Yihuatong in 2006 to explore hydrogen as a means of powering  vehicles. Foton's fourth-generation buses are able to go for around 450  kilometers and its first batch of 25 vehicles based on the tech has  already been delivered.