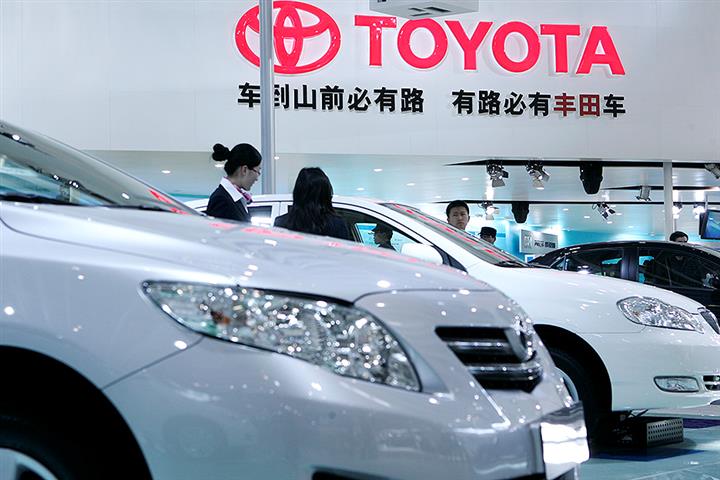 Toyota to Launch Its First Electric Vehicles in China This Month

(Yicai Global) April 20 -- Japan’s largest car-maker Toyota is set to start selling for the first time ever its all-electric vehicles in China at the end of this month.

The C-HR EV and IZOA E will be models under its flagship Toyota brand, while the UX 300e will appear under its luxury Lexus marque, according to a statement it made today.

The C-HR EV and IZOA E will be produced by Toyota’s Chinese joint ventures FAW Toyota Motor and GAC Toyota Motor, respectively. They boast a range of 400 kilometers under the New European Driving Cycle assessment of mileage standards. Lexus has no plants in China, so the Lexus UX 300e will be imported.

Toyota plans to launch 10 pure electric models in China by 2025. It proposed the aim of "selling over 5.5 million electrified vehicles by 2030" in 2017 but advanced this goal by five years last year.