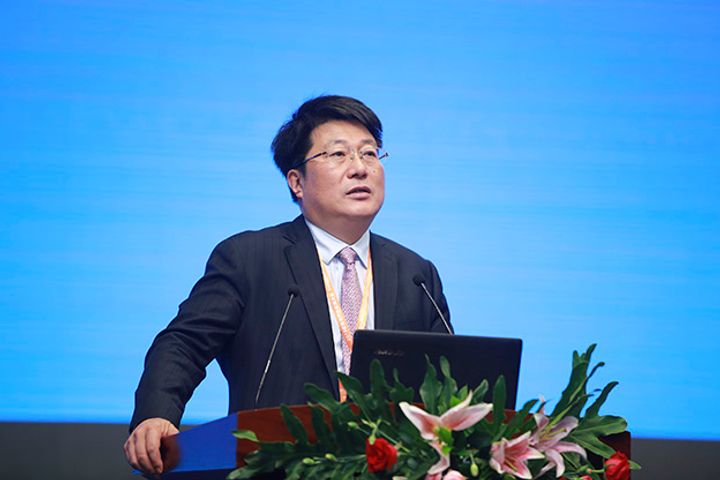 (Yicai Global) Aug. 30 -- The head of China's biggest state-owned semiconductor maker has spoken out on Qualcomm's position in the market and called on the US giant to work more with Chinese players to drive the sector forward.

"JLQ Technology, a joint venture which includes Qualcomm, only adds to the complexity of the sector," Tsinghua Unigroup Chairman Zhao Weiguo said at the Big Data and Smart Technology Summit in Chongqing. "I hope that multinational companies allow Chinese firms some room in the integrated circuits field."

Zhao expressed dissatisfaction over the performance of Tsinghua Unigroup's mobile phone chip developer Unisoc, and bemoaned the fierce competition from JLQ Technology "Our chips are aimed at mobile phones priced USD50 to USD100 while JLQ focuses on chips for USD100 handsets."

Top-tier domestic mobile phone makers do not use chips from the Beijing-based firm as they lack CDMA technology, an anonymous company insider told Yicai Global, adding that " Unisoc performed badly in the mid- to high-end product range."

Set up in January, Unisoc represents a key component of Unigroup's chip design layout. After the establishment, the unit proposed a three-step strategy encompassing the consolidation of low-end chips and the entry into the mid- and high-end sector. The firm aims to use 5G investment as a driver for change in the competitive landscape.

"With China's technology and cost advantages, Unisoc is the only producer of 3G-capable phones," Chief Executive Zeng Xuezhong once said. "We have been cementing our position in this part of the low-end market, which is very large from a global perspective."

Unisoc faces threats to its position from JLQ, which could lead to lower profits from the sector.

The firm has already prepared for the upcoming 5G era, Zeng told Yicai Global. "We got involved in the 5G standards making a lot earlier compared with 4G, 3G or 2G. Once the standards have been formulated by others, it is very difficult to innovate."

Unisoc has already invested in its core team for the 5G field and released a prototype product. It will introduce 5G commercial mobile phone chips in the second half of next year, he added. "I hope that we will be able to achieve the goal of 'being one of the very best' in the golden age of 5G, this is our core strategy."