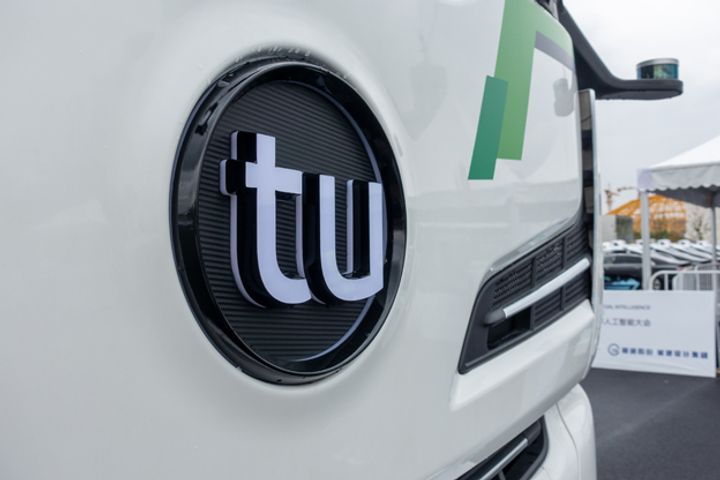 Formed in 2015, TuSimple is headquartered in Beijing and San Diego, California. It provides Level 4, or the second-highest, self-driving truck solutions based on computer vision, algorithms, mapping and artificial intelligence to ensure safer road conditions, lower logistics costs and cleaner air.

TuSimple has attracted great attention at home and abroad. The company first popped up in 10 categories in KITTI and Cityscapes, two well-known global datasets that review driverless algorithms, in September 2016. It secured a road test license from the California Department of Motor Vehicles in June last year.TuSimple started to build a first-class global platform for Level 4 autonomous driving jointly with US technology firm Nvidia last August after obtaining USD23 million in investments from Sina.Com, Nvidia and Zhiping Capital in a B-round of fundraising.

The company also teamed up with state-backed truck maker Shaanxi Automobile Group in March last year to develop specific applications. The safe operation of its autonomous driving container trucks had lasted for over 100 days by July, after they had carted 5,000 fully-laden standardized containers.

Shanghai opened 31.6 kilometers of public roads to stage-two tests last month, comprising 5.5 kilometers in Jiading district and 26.1 in areas near the city's port.