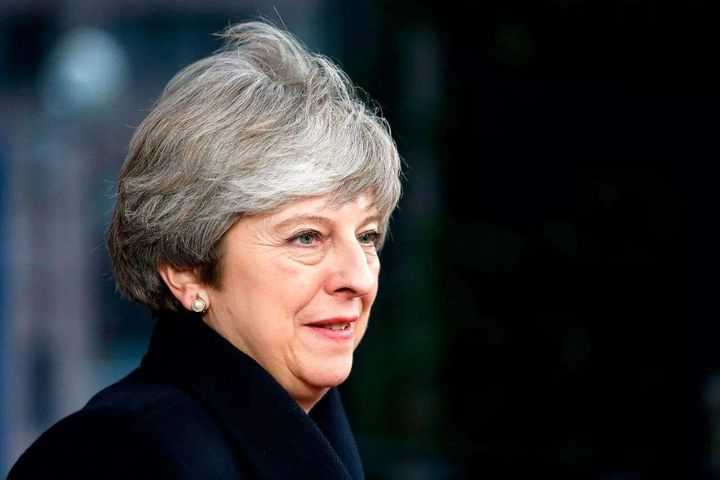 UK's May to Visit China, Shore Up 'Golden Age' of Ties as Brexit Clock Ticks

(Yicai Global) Jan. 26 -- British Prime Minister Theresa May is to make a three-day state visit to China next week with the aim of firming up ties with the world's second-largest economy ahead of the UK's departure from the European Union.

China pays close attention to its relationship with the UK and hopes the visit will be an opportunity to deepen mutual political trust, foreign ministry spokeswoman Hua Chunying said yesterday. May's first visit to China since becoming her country's leader is scheduled to start on Jan. 31. She will visit Beijing, Shanghai and Wuhan, the capital of Hubei province.

The UK's shock decision in 2016 to leave the EU, the economic and political grouping it has been part of for more than 40 years, presents the opportunity and challenge of striking its own free trade deals with economic powerhouses such as China. Both countries have talked about a "golden era" in relations after David Cameron, May's predecessor, worked to forge closer ties during his time in office. May's visit could help to translate words into more agreements.

Chinese President Xi Jinping called for more mutually beneficial cooperation with the UK under the framework of China's Belt and Road Initiative in a meeting with Cameron on Jan. 11. Xi's state visit to the UK in 2015 kicked off the golden era.

"China is ready to strengthen communication, exchanges and cooperation with the British side, so as to turn the blueprint of the golden era into more golden achievements," China's official press agency Xinhua quoted Xi as saying.

"May has continued to adhere to the general orientation of the golden era of Sino-British relations and maintained the continuous development of bilateral ties," Xi said. The countries have maintained close high-level exchanges, he added.

At the end of last year, Cameron was named head of a USD1 billion investment fund China and Britain agreed to create in support of the Belt and Road Initiative and the UK government pledged as much as GBP25 billion (USD33.3 billion) worth of financial support for companies participating in Belt and Road projects in Asia.

May triggered Article 50, the clause in the EU's Lisbon Treaty that deals with member state withdrawals, last March, setting in motion a two-year countdown to Brexit.