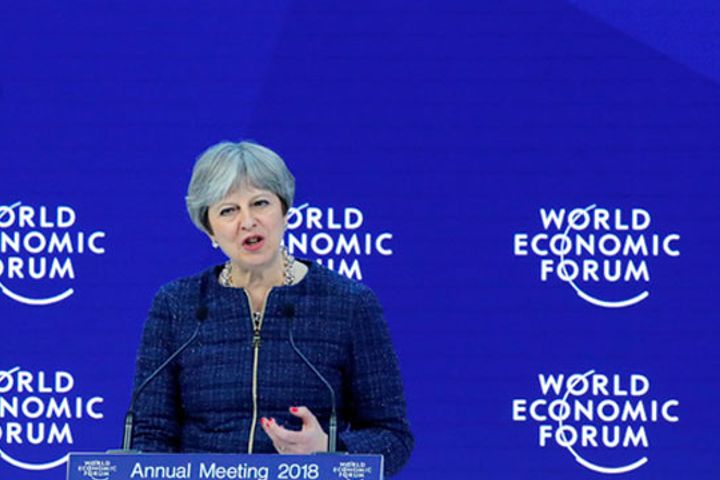 Britain sees great potential in the Belt and Road Initiative and hopes to strengthen its ties with China under the Initiative, the British ambassador said in a media briefing held at the British Embassy in Beijing today ahead British Prime Minister Theresa May's visit.

At the invitation of Chinese Premier Li Keqiang, May will pay an official visit to China from January 31 to February 2 and hold a new round of annual China-UK Prime Ministers' meeting. It is British PM May's first official visit to China since she took office. It is also the first visit by a British prime minister to China after four years.

Britain has a strong interest in the Belt and Road initiative and has always maintained this position, Woodward said. It is the first western major nation to apply to join the Asian Infrastructure Investment Bank, or AIIB, and the second country after China to inject funds in the bank's special fund, she emphasized. At the same time, Britain is also the first major western country to jointly approve and sign the "Guiding Principles on Financing the Development of the Belt and Road" at the Belt and Road Forum on International Cooperation held in Beijing last year.

British PM May will visit Beijing, Shanghai and Wuhan during her three-day visit to China. She will lead a delegation of various British enterprises, Woodward added. More than 40 companies, including HSBC and the London Stock Exchange Group plc, will send their executives, Yicai Global learned.

After Britain voted to leave the European Union, May proposed the idea of "globalizing Britain" and began to look beyond Europe. Since China is one of the most important trading partners of Britain, strengthening trade and investment relations between the two countries has become one of the important objectives of her trip.

In 2017, the trade volume between China and Britain was USD79 billion, up 6.2 percent annually, and the UK's exports to China increased by 19.4 percent the same year. Over 500 Chinese companies have settled down in the UK. The investment projects extend from traditional areas such as trade, finance and telecommunications to emerging fields like new energy, high-end manufacturing, infrastructure and research and development centers, with a total investment of about USD18.9 billion, ranking first among China's investments in the European countries. Britain has made investments worth over USD21.8 billion in China, and its investments are gradually expanding from the coastal areas to the hinterland of the central and western regions, show data from the Chinese embassy in Britain.