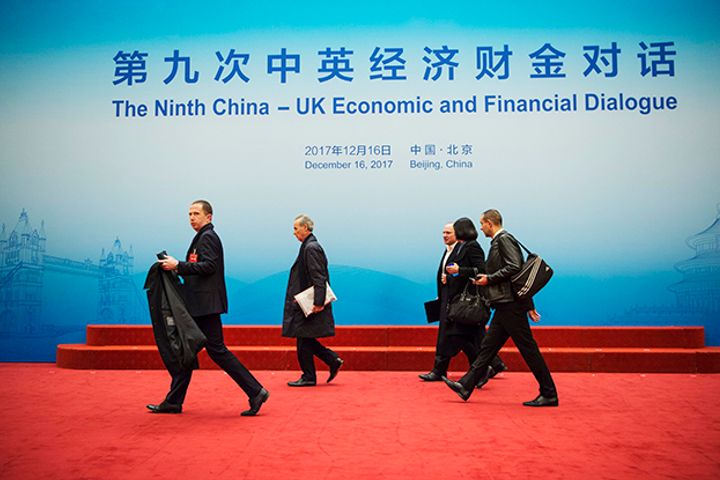 Cameron's fund will work to facilitate innovative projects and sustainable and consumption-driven development in both countries and other markets, as well as improve transport links between China and its trading partners. The former prime minister played a key role in forging closer ties between the UK and China during his time in office.

The UK government pledged up to GBP25 billion (USD33.3 billion) worth of financial support for companies participating in Belt and Road projects in Asia.
Often compared with the ancient Silk Road, Chinese President Xi Jinping unveiled the Belt and Road initiative in 2013. Aimed at creating new economic links between Asia, Europe and Africa, it is a multibillion-dollar grand plan for a network of railroads, highways, ports and pipelines crossing the regions.

On the financial front, China and the UK agreed to step up preparations for the Shanghai-London Stock Connect link, aiming to kick off the cross-border investment channel ahead of schedule. They also reached a consensus to establish London as a central market for yuan currency trading in the West, and decided to meet about the yuan's internationalization in the UK capital next year.