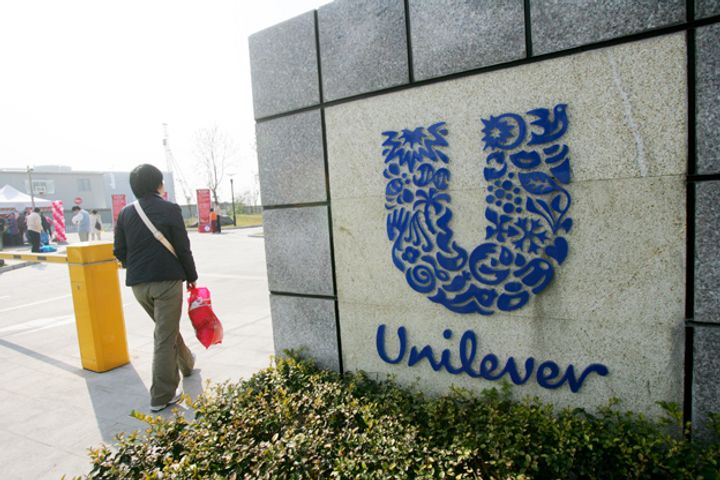 (Yicai Global) Jan. 29 -- British-Dutch consumer goods giant Unilever is bringing its Korean skincare brand K-Bright to China as it looks cater to a rising number of shoppers concerned about the ingredients that go into the products they use.

K-Bright emphasizes the technologies ingredients it uses and will adapt to the increasing number of rational Chinese cosmetics consumers, state-backed Jiemian News reported. The brand is the first that London and Rotterdam-headquartered Unilever has created specifically for the Asian market in almost a decade.

Researchers from South Korea, China, Thailand and Singapore worked on K-Bright at Unilever's global research and development center. The brand covers a range of products including powders, toners, serums, face creams and masks, all sporting a 'made in Korea' label. One of the serums boasts about including ingredients found in many high-end branded serums.

K-Bright has begun its marketing in China via its own and third-party accounts on messaging and lifestyle platform WeChat, and plans to tap top e-commerce channels like Taobao and Tmall. The promotions have proved successful so far, with the firm logging CNY1 million (USD148,500 million) in sales in just four hours, it claims.

The world's second-largest consumer goods maker also hopes to get the range into brick-and-mortar cosmetics stores and help the shops digitize their business and analyze data.

Unilever has been making its mark on the rapidly expanding global cosmetics sector over the past four years, during which it has acquired no less than 13 beauty and personal care companies. Among the targets are men's grooming brand Dollar Shave Club, American cosmeceutical label Murad and high-end cosmetics maker Hourglass.

The acquisitions have all helped bolster Unilever's bottom line as begins to adjust its portfolio of core brands to include cosmetics labels alongside foods and household goods.

The firm turned over EUR12.5 billion (USD14.3 billion) last year, a 3.8 percent gain from 2017, according to its earnings data. Sales from beauty and personal care rose faster than the average, leaping 4 percent to EUR5.2 billion and making up well over a third of total revenue, while its top-tier personal care brands, such as Hourglass and Kate Somerville, saw double-digit growth.