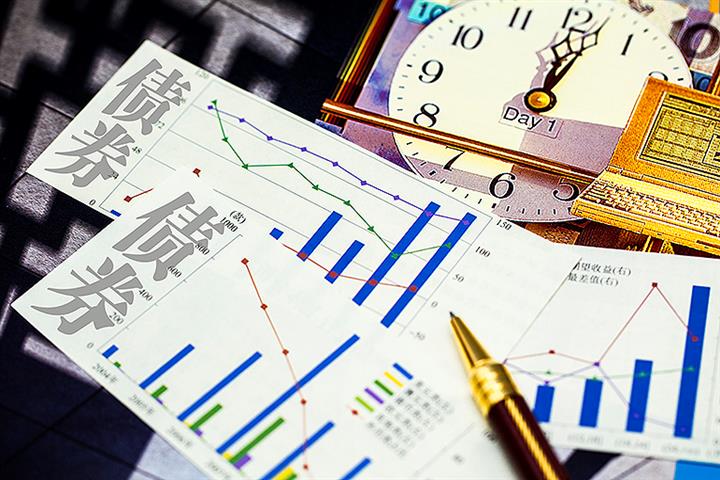 (Yicai Global) June 9 -- Thirty to 40 financial institutions will be in the first batch of participants in the new southbound investment leg of China’s Bond Connect program, sources at a number of banks told Yicai Global.

They include both banks and non-banking institutions, the people said.

The Bond Connect is an investment scheme linking the Chinese mainland and Hong Kong bond markets. Its northbound route, which enables investors in Hong Kong to buy onshore debt, officially kicked off in July 2017.

The scheme has become the main channel for international investors to increase their ownership of Chinese debt in recent years.

There has been recent speculation that the southbound leg, which will give mainland institutional investors more flexibility to buy bonds in Hong Kong, will be launched next month.

The Hong Kong Monetary Authority responded on June 7, telling the Securities Times that it was working with the People’s Bank of China on finalizing the amount of investment and investment bond scope, adding that it hoped the southbound leg could start soon.

Through the southbound route, investment targets are likely to be dominated by high-yield US dollar bonds rather than so-called dim sum bonds, a term for notes denominated in Chinese yuan issued in Hong Kong, according to banking staff. Among the issuers of such dollar bonds are property developers, financial institutions and local government financing vehicle.

Chinese state-owned banks are advancing preparations in the primary and secondary markets, and their branches in Hong Kong are preparing to issue dim sum notes. The Hong Kong branches of overseas lenders not included in the first batch of participants are also preparing for market-making and custody business.

It is widely believed that the southbound route can meet the diversified investment needs of mainland investors, while the inflow of funds will inject more liquidity into the Hong Kong debt market.

“In the past, only institutions with Qualified Domestic Institutional Investor quotas could participate,” said a person in charge of the financial market division of a foreign bank. “The launch of the southbound leg will further enrich the channels and means a lot to non-banking institutions.”

Many fund companies have long dabbled in US dollar bonds and issued various fund products, but mostly through the QDII mechanism.

Mainland institutions are expected to invest in offshore credit bonds at a quicker pace via the southbound route, sources said. They pointed out that the yields of bonds issued in Hong Kong by many Chinese firms, especially property developers, are substantially higher than on the mainland, which is very attractive to them.

Moreover, the southbound circuit can, to a certain extent, offset the pressure of the Chinese yuan’s appreciation.

“Domestic investors will have a wider choice of bonds, and the southbound Bond Connect will allow a certain amount of capital outflow within a controllable scope, which can ease the pressure on yuan appreciation,” said the head of global financial markets at another foreign bank involved in Bond Connect transactions.