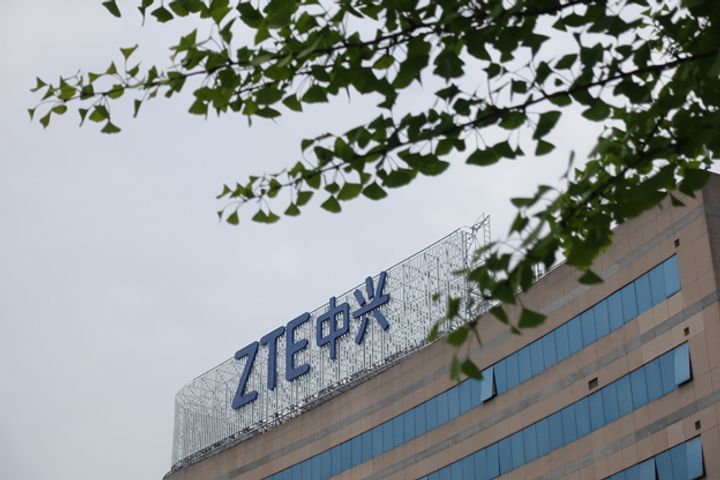 (Yicai Global) May 11 -- The major operations of leading Chinese telecom maker ZTE Corp. [SHE:000063] have ceased because of a ban issued by the US commerce department that prohibits American firms from selling basic materials and technologies to it, the company said in a statement yesterday.

The company and related parties are actively communicating with the US government to modify or cancel the ban and try to develop the matter in a positive direction, ZTE said.

The firm has sufficient cash and strictly abides by its commercial obligations while complying with laws and regulations, the statement added. ZTE suspended trading of its shares on April 17 after imposition of the prohibition, public information shows..

The US commerce department barred US firms from business dealings with ZTE for seven years on April 16, alleging it made false statements to its Bureau of Industry and Security between 2016 and 2017. Since ZTE imports chips and other key components from the US to make its handsets, the denial of export order severs the supply of basic materials to the Shenzhen-based firm.

"China made solemn representations with the US regarding the ZTE case during trade negotiations on May 3 and May 4. The US side said it takes the representations seriously and will relay China's message to the US President,"a Chinese commerce ministry spokesperson told media May 4.

The US government sanctioned ZTE in March 2016 for violating a US ban and exporting telecom equipment with American products and technologies to Iran and North Korea. The two sides later reached a settlement agreement. The US reactivated the ban last month, saying ZTE failed to comply with the arrangement.