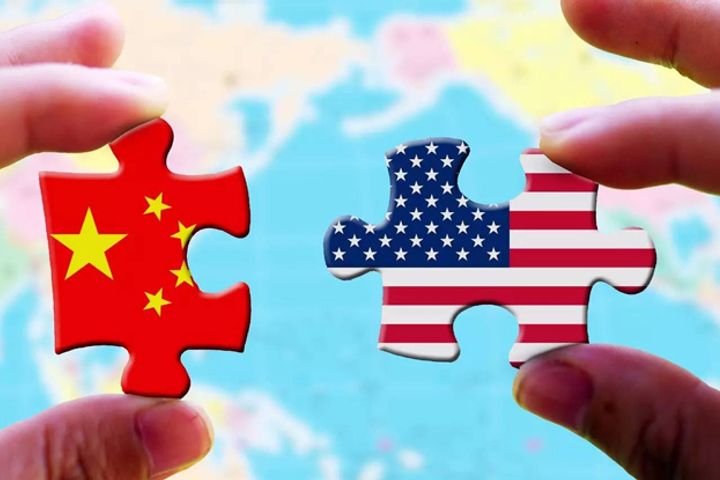 (Yicai Global) Nov. 13 -- Although the US Administration has made some positive responses to China's One Belt, One Road (Belt and Road) Initiative, its overall stance still remains somewhat vague. However, there are several US companies that have long-embraced the international Initiative for several years based on their full- understanding of the opportunities it brings. A number of US multinational firms have been quietly reaping huge profits from joint ventures with Chinese partners in various Belt and Road projects.

Below is a list of some of the most typical examples of such companies:

China's Belt and Road Initiative gave renewed momentum to African infrastructure construction projects jointly operated by Chinese and US enterprises. The 'Power Africa' program offers a good platform for collaboration between Chinese and US firms aimed at improving infrastructure facilities for African countries, as illustrated most convincingly through the Kpeto wind farm project.

CNMIC is China's number-one machinery manufacturer and largest machinery exporter. It is one of the largest construction contractors in the world.

One of CNMIC's affiliates, China Machinery Engineering Corporation is one of the first Chinese enterprises to combine industrial and trade businesses. It constitutes a major foreign trade and international economic and technology cooperation company specializing in overseas construction contracting, export and import of mechanical products and export of electrical products.

CNMIC chairman Ren Hongbin and Duan Xiaoying, president of GE China, signed a Memorandum of Understanding (MOU) for strategic partnership for the development of the Kpeto wind farm in Africa in September 2015. CMEC conducted negotiations and signed an EPC contract with the Kenyan project owner as the Kpeto project's implementer.

The companies agreed to build 60 1.7-megawatt wind power plants in Kpeto, Rift Valley Province, as part of a joint demonstration project. The total installed capacity of the plants is 102 MW, and total investment was projected to be USD327 million.

The wind farm is one of the key projects under the Power Africa program, for which the US government pledged a total investment of USD7 billion. GE is one of the founding partners of the program. The Kpeto project was contracted to CNMIC, and GE would provide wind turbines, generators, auxiliary equipment, technical support, and training, with CMEC designated as the implementer of the project.

CNMIC and GE will collaborate on clean energy project development, investment and financing, consolidating their partnership in the energy sector. They agreed to help each other to obtain and optimize third-party funding or fund development operations for certain joint projects in the energy industry.

Chinese EPC enterprises possess stronger capabilities in terms of integrating resources and building infrastructure facilities from scratch compared to their European and US counterparts. Most countries along the Belt and Road have underdeveloped infrastructure and poor living standards. Chinese companies are well known for their excellent construction capabilities and hard-working spirit, which contributes greatly to the success stories related to the many Belt and Road projects. China has also maintained close ties with countries en-route to Kenya, and this also facilitated the smooth development of the wind farm.

GE offers cutting-edge technology and equipment as well as expertise in overseas operations. As one of the world's oldest EPC companies, it has acquired a leading position in the global market over the past 125 years and established itself as a trusted partner for construction projects across the world. It helped the Chinese company to communicate seamlessly with the Kenyan project owner. GE has professional and highly experienced tender, project execution, service and maintenance teams. As for project financing, it has fostered solid cooperation with multinational banks, financial institutions, and third-party agencies.

(8) Implications of the partnership

The demand for clean energy in African countries has increased in pace with economic development. Some 80 percent of the African population does not have adequate basic electricity supplies. Wind power has gradually become one of the main sources of energy in Kenya. The country plans to raise the total installed capacity of its wind farms to 2,036 MW by 2030. As the first wind power project built by CMEC in Kenya and Africa, the Kpeto wind farm has important implications for the development of the African new energy market. Kenya is a key African market for the Belt and Road Initiative, and successful conclusion of the Kpeto deal marks a new milestone in Belt and Road implementation for CMEC. The power plant will be equipped with 60 1.7 MW turbines supplied by General Electric, representing deepened cooperation between the two companies.

Huajian Group: One of the largest upscale women's footwear manufacturers in the world.

Huajian Group, a Guangdong-based shoemaker, built a production base in Addis Ababa, capital of Ethiopia, in 2011, and developed it as a light industry park integrating export and processing, trade and services, a new Belt and Road platform for China-Africa production capacity cooperation. Ethiopia offers a wealth of cost-competitive labor. Local electricity prices are as low as USD0.03 per kilowatt-hour. Huajian brought Chinese management expertise to the country, and adapted business operations to the local market conditions. The US Africa Growth and Opportunity Act allows Ethiopia to export products to the US and Europe without paying tariffs or quota restrictions. This also enabled Huajian to export products to the US at lower costs, ultimately benefiting US consumers.

The 'Huajian story' provides an excellent example of how Chinese and US enterprises can cooperate fruitfully with each other in a third country, combining a range of favorable factors such as Chinese capital and management expertise, local industrial parks, cheap labor, and preferential trade policies offered by the US government for African countries and the US consumer market.

New policies rolled out in the US are typically the result of effective business lobbying. In other words, if companies from a particular industry lobby the government to introduce a new policy, more lobbying 'investment' leads to earlier adoption of relevant policies.

US companies play an indispensable role in this process. Some of them have formed partnerships with Chinese firms to develop major projects in third countries under the framework of the Belt and Road Initiative. They may have already started lobbying in Washington, DC, and the US Congress may be pressurized into issuing policies to support US firms to invest and participate in the Belt and Road projects.

The authors are based at the International Research Department, Chongyang Institute for Financial Studies at Renmin University of China

Follow Yicai Global on
Keywords:   One Belt One Road,US,Investment,Participation,Partnership