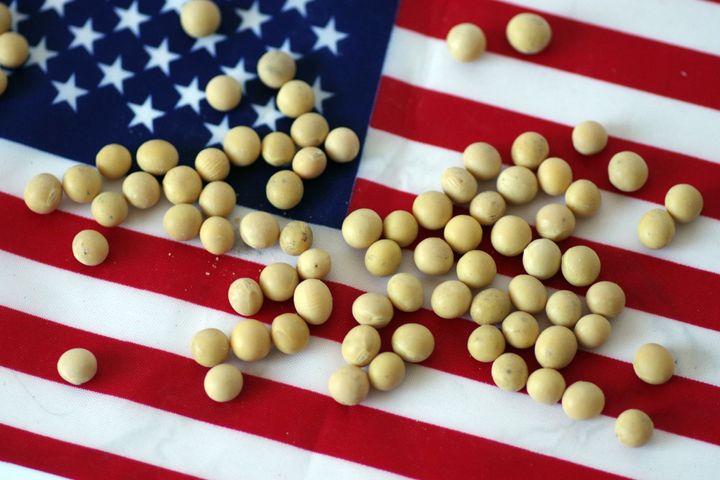 (Yicai Global) May 9 -- US soy farmers have called on their government to work for a positive solution to the trade dispute with China, the world's top oilseed buyer, and avoid further escalating tensions.

The American Soybean Association described the threat by US President Donald Trump's administration to increase the tariff rate to 25 percent from 10 percent on USD200 billion of Chinese goods as the "worst case" for US soybean growers in a statement released on May 7.

"This is a predicament for soy growers," said Davie Stephens, ASA president and a soybean farmer from Kentucky. "With depressed prices and unsold stocks forecast to double before the 2019 harvest begins in September, we need the China market reopened to US soybean exports within weeks, not months or longer."

The ASA urged Washington to hold off on additional tariffs and quickly wrap up negotiations with China, including lifting the existing Section 301 tariffs in exchange for China removing its retaliatory 25 percent tariff on US soybeans.

"We need a positive resolution of this ongoing tariff dispute, not further escalation of tensions," Stephens said.

The US and Brazil were China's biggest soybean suppliers before the trade conflict began at the start of last year, with China taking about 60 percent of America's exports of the legume, a large proportion of which is used to feed animals.

Responding to the US's planned measures in a statement released yesterday, China said it "deeply regrets this, and will be forced to take necessary countermeasures if the US side puts the tariff measures into effect."

Earlier this week, China's commerce ministry confirmed that at the invitation of US Trade Representative Robert Lighthizer and Treasury Secretary Steven Mnuchin, Chinese Vice Premier Liu He, who leads his country's negotiating team, will visit the US this week for an 11th round of trade talks.