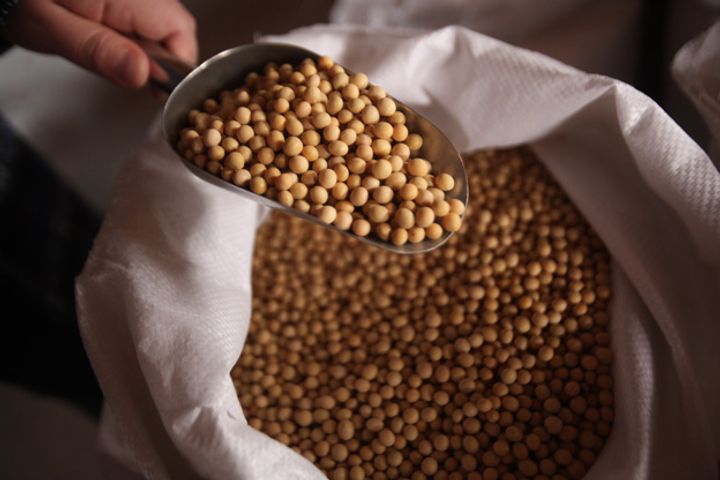 (Yicai Global) Aug. 6 -- China anticipates to reduce its soybean imports by 10 percent, or over 10 million tons this year as the world's largest pork producer is shifting toward more affordable pig feed options that are not affected by the US-China trade dispute.

Livestock farmers have tested low-protein diets on pigs and noticed that the change bore no major impact on the volume or quality of the meat, which could lower the demand of soybean up to 7 percent, Zhang Haitao, technical director of Guangdong Evergreen Feed Industry told Yicai Global.

Prices for the protein-rich bean have risen rapidly after China responded to the US trade tariff increases on July 6 by slapping a 25 percent additional tax on such imports. China targeted the US farming industry -- the heartland of President Donald Trump's support -- with extra levies on agricultural products such as corn, sorghum, wheat, beef, pork, and vegetables.

Farmers reported a weaker demand which dropped the prices for pork in March and resulted in a 1.3 percent slip in soybean consumption from April to June, while preparing for the blow delivered by the escalating trade tensions. Over the next months, soybean consumption is expected to slump from last year's 96 million tons.

China is also developing its own oilseed and oil plant industry to reduce the reliance on external suppliers, as the national soybean acreage will rise by 670,000 hectares by year's end, the Ministry of Agriculture disclosed at a press briefing on May 16. There are about 14 million hectares of idle farmland and mudflat along the Yangtze River which could yield as much as 20 million tons of oil plants each year, Fu Yandong, research fellow at the Chinese Academy of Engineering said.

China stepped up its soybean imports by 14 percent to close to 100 million tons last year, and the largest source was the US, making up 34 percent of the total. China's agriculture imports from the States were worth USD24.1 billion last year, while China was already shifting some of its demand to another major soybean producer, Brazil.