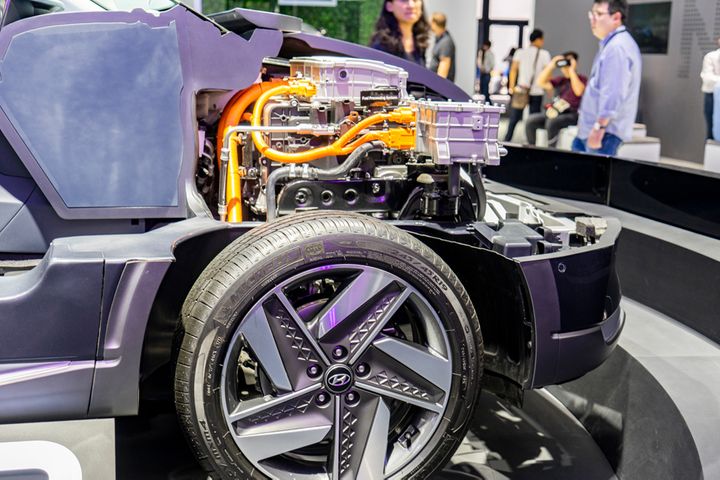 (Yicai Global) Aug. 21 -- The Yangtze River Hydrogen Power (Foshan) Research and Development Center and vehicle production project is slated to start production this year, but lack of funds has stalled commencement of infrastructure construction, including the plant itself.

The project, which covers more than 1,000 mu (666,700 square meters), has total investment of CNY12 billion (USD1.7 billion). It was sited in Nanhai, Foshan, Guangdong province in September 2017. Its investor is Hangzhou Changjiang Automobile. Firm executives are striving to raise money for the project, an insider told Yicai Global.

Changjiang is mired in great difficulties, mostly because of funding shortages, a project investor who asked not to be named and the Nanhai government both told Yicai Global, saying the problem of insufficient funds is prompting the firm to disband its hydrogen energy technology team.

The company's woes result from the auto industry's current condition. The car market has been going downhill since the start of the year. More than 60 carmakers had released first-half performance forecasts as of late last month, and nearly one-third expected a loss in the first half, while over 40 percent project a decline in business results, per incomplete statistics.

China's large-scale development of fuel cell vehicles lacks any scientific basis and the industrial chain is incomplete, so the industry needs careful preparation and accumulation rather than blind expansion, said Li Junfeng, director of the academic committee of the National Center for Climate Change Strategy and International Cooperation.

The country has also been adjusting its new energy electric vehicle subsidies, which it has reduced up to 60 percent this year compared with last. Electric vehicles can now only receive such support after they have logged at least 20,000 kilometers.

Changjiang Automobile must seek out another avenue in the hydrogen energy and fuel cell areas because of the overall sluggish EV industry. "But the firm was running too fast by expanding in the provinces of Guizhou, Yunnan and Sichuan in addition to Guangdong, and this sowed some latent dangers for its situation today," one source said.

A firm is unlikely to make money from the get-go after foraying into the hydrogen energy and fuel cell industry and cannot expect to reap gains in the short time, either, Miao Zhenguo, vice chairman of Changjiang Automobile, told Yicai Global earlier this year, expressing his belief that hydrogen fuel cell vehicles need a fairly long time to develop.

Too many companies have embarked on the hydrogen energy and fuel cell industry with insufficient preparation, and many are thus likely to go bust in future, the insider noted.