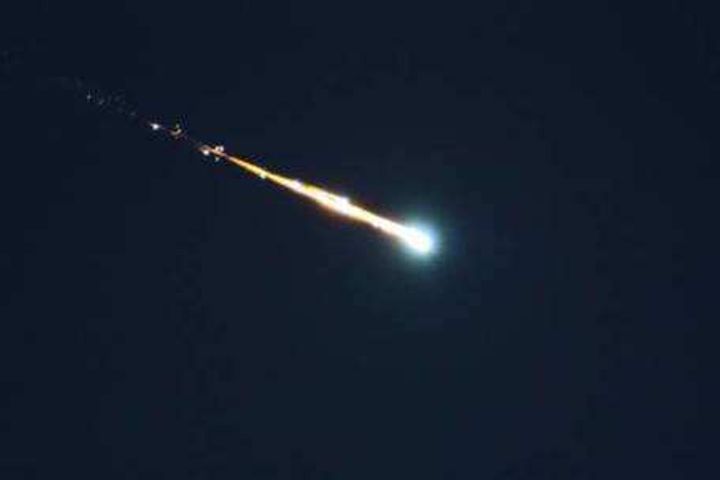 (Yicai Global) Oct. 11 -- Meteorite fragments are being sold online at prices of up to CNY20,000 (USD3,030) per gram following a bolide over Shangri-La in China's southwestern Yunnan province on Oct. 4. However, most experts say the fragments are actually fake.

A bolide is as an extremely bright meteor, one that typically explodes in the atmosphere.

The actual Shangri-La shooting star is yet to be found, and 99.9 percent of the so-called meteorites being sold online are fake, Beijing Morning Post quoted Xu Weibiao, chief scientist for astro-chemistry and planetary science at the Chinese Academy of Sciences' Purple Mountain Observatory, as saying today.

The incident occurred at a location 40 kilometers northwest of Shangri-La county, producing an explosion equivalent to 540 tons of TNT.

The meteor was traveling at a speed of 14.6 kilometers per second relative to the earth, and the height of explosion was only 37km. It's therefore likely that some unburned meteorite fragments may have fallen to the ground, according to satellite observations released by NASA.

"Most of the objects that collide with Earth from space are asteroids. Their meteorite paths unfortunately intersect with the orbit of the earth, and as a result, they gravitate towards the plan. When falling through the atmosphere, meteors go through intense friction and burning, and those that are not entirely burned up will crash to the earth at high speeds," Xu said.