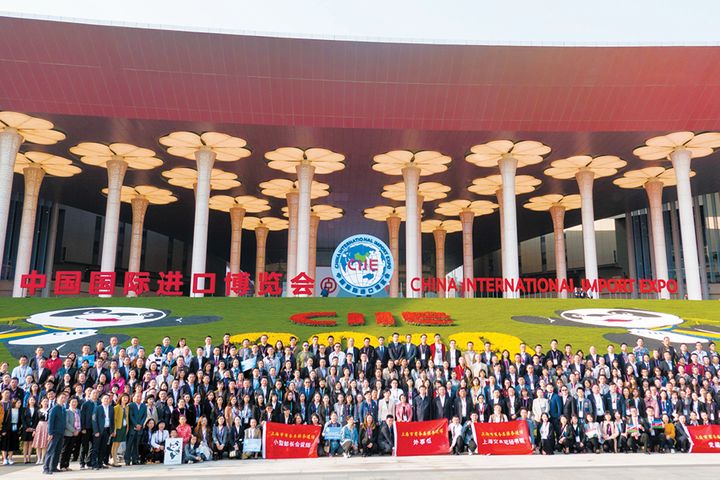 USD71.1 Billion of Deals Signed at CIIE; Countdown to Next Year's Expo Begins

Last year, over 3,800 company exhibitors and 500,000 professional buyers from 181 countries, regions and international organizations participated. This year over 910,000 people had visited by Nov. 10, the fifth and final day.

Next year, attendance is likely to be even better. Some 230 companies have applied for the third CIIE so far, including 80 Fortune 500 companies and leading industrial firms.

"Many exhibitors have promised to immediately start applications for the third expo," said Sun Chenghai, deputy director of the CIIE Bureau. They also will be vying for a bigger exhibition area, he added.

Fifth-generation wireless smart terminals and 5G cutting-edge technology drew the most attention at Qualcomm's booth at the expo, said Meng Pu, chairman of the US telecoms equipment maker's China division. The exhibition proved the rapid momentum of 5G development in China, he added.

Thanks to the excellent open and cooperative platform provided by the expo and through in-depth exchanges with industry partners, the company was able to further clarify product strategy and planning, helping it to work with partners to speed up the promotion of 5G development and deployment in China and the world, Meng said.

The CIIE is a big stage for Boehringer Ingelheim to show all its achievements in human medicine, animal health, bio-pharmaceutical and rehabilitation, said Felix Gutsche, chief executive of the Ingelheim am Rhein-based firm's China office. This is the first time since it has showcased its progress in all fields at one exhibition since entering China 25 years ago.

The expo opens up China's market to Fortune 500 companies and large firms, and also provides opportunities to many small- and medium-sized companies.

Shanghai New Union Textra Import and Export showed off a coffee bean product from a small Belgian business with only three to five employees. It is not possible for SMEs to enter the Chinese market on their own, because they do not understand the situation and the costs are higher, General Manager Chen Zheng told Yicai Global.

Many German companies are asking about booth reservations, said Pan Hua, chief representative of the Hamburg Liaison Office in China.

China is one of Mazars' most important strategic markets, Laulusa said. We have no excuse for missing this international platform, she added.

As chairman of the Utah State Senate International Relations and Trade Committee, Anderegg will lead a bigger company delegation involving many of the state's pillar industries to the next expo, he said.