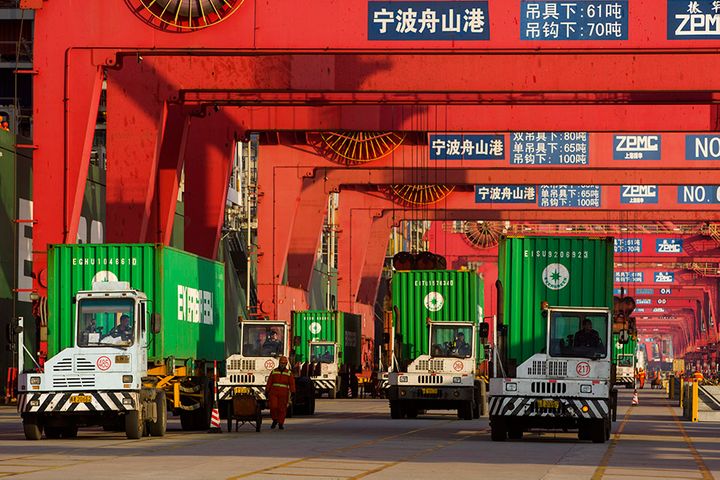 The two will deepen their partnership and seek a symbiosis to provide the best iron ores mined by Brazil's Vale, according to the MOU signed on Aug. 16. They will also deepen their cooperation in logistics and supply chains.

Vale has forged business partnerships in China for 46 years. The deal strengthens the link between Vale and Zhoushan, which is one of the Brazilian ore behemoth's most important Chinese port collaborators. The company hopes to explore further means of cooperation, said Eduardo Bartolomeo, chief executive of the Rio de Janeiro-based ore giant.

Vale has lagged behind Anglo-Australian miner BHB in China despite being the world's largest iron ore supplier, because the great distance between Vale and China hinders its marketing in the world's most populous nation. Vale therefore broke into the transport business several years ago and has built several 400,000-ton ore cargo ships.

Chinese ports have limited access capacity, and only four ports -- Dalian, Tangshan, Qingdao and Zhoushan -- can dock such mega-vessels. Dalian and Qingdao each have only one berth for such craft. Tangshan has two docking sites. Ningbo alone has three such moorings.

Rio de Janeiro, Brazil-based Vale operates on five continents and is the world's largest producer of iron ore, pellets and nickel. It also runs logistics systems, including railways, marine terminals and ports around the world.

It is also one of eastern China's key ports and is an important container ship haven for major maritime routes.

The port has been the world's largest in cargo transfer for ten straight years. Its throughput was 1.1 billion tons last year in an annual 7.3 percent rise.