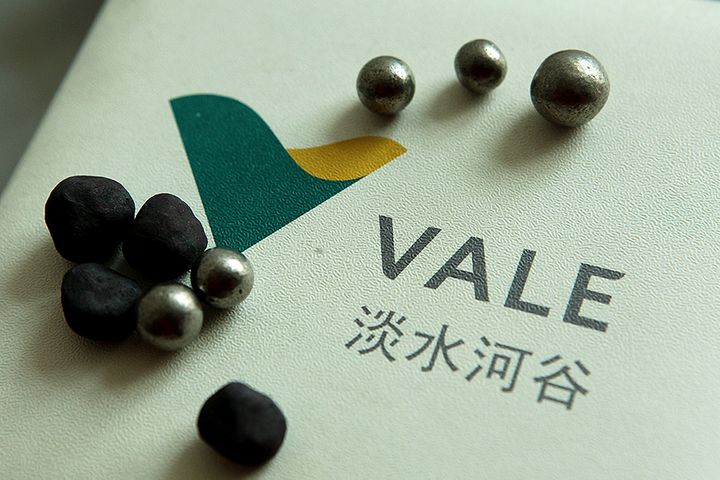 (Yicai Global) Dec. 18 -- Vale, the world's largest iron ore producer, penned a deal with Ningbo Zhoushan Port yesterday, under which the pair will work together to release new ore-grinding equipment in China, The Paper reported.

The first product, the GF88, is expected to hit the Chinese market in the first quarter of next year, and Ningbo Zhoushan Port in east China will provide the Brazilian company with one-stop service from site construction to operation and maintenance at its Shulanghu terminal, according to the deal.

Ore grinding is the process by which mechanical equipment reduces ore to a powder. Designed and made in China, the GF88 will not produce gangue and waste water as neither fuel nor water is required during production.

But it can make the high-quality raw material needed for pellet production, and the use of pellets will help steel mills reduce blast furnace emissions and cut production costs, according to Sergio Espeschit, president of Vale China.

As one of the major ports run by Zhejiang Seaport, Ningbo Zhoushan Port is a key trunk terminal for ocean container shipping routes and the largest transshipment base for crude oil and iron ore in mainland China.