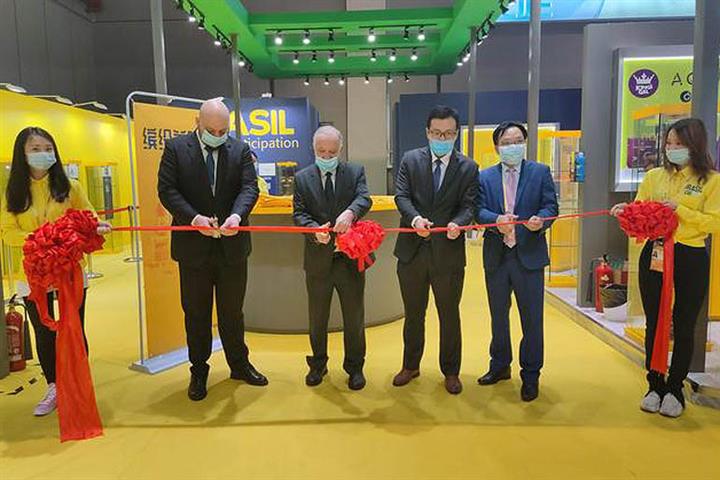 (Yicai Global) Nov. 10 -- Brazilian officials and businesspeople expressed their confidence in Brazilian commodity exports to China this year in an interview with Yicai Global at the five-day 3rd China International Import Expo that wraps up in Shanghai today. They sound this upbeat note despite the global economic impact of Covid-19.

Brazil’s delegations also expect more of their goods to enter the Chinese market through the portal the CIIE provides.

Brazil's biggest trading partner for the 11th straight year, China is also the biggest source of its trade surplus and among countries investing the most in South America’s largest nation, Chinese Customs data show. Their bilateral trade rose an annual 4 percent to USD86.5 billion in the first nine months, while Brazil’s trade surplus with China hit USD28.8 billion, nearly 70 percent of its total over the period.

To introduce their food to more Chinese, the Brazilian Trade and Investment Promotion Agency selected 23 companies and institutions to participate in the 3rd CIIE with the theme of Brazilian food and beverages.

To just call [the current trade situation] a “recovery” is not quite right since this year’s China-Brazil trade figures have surpassed those of last year in many areas, Jean R.M. Taruhn, consul at the country’s Shanghai consulate, told Yicai Global.

Trade between China and Brazil has not ground to a halt because of the pandemic, but rather shows really heartening signs, Gilberto Fonseca Guimarães de Moura, Brazilian counsel general in Shanghai, told Yicai Global.

Brazil’s exports to China are surging, with shipments of soybeans, meat, fish, dairy products, fruits and nuts all way up, per a recent report by Fundação Getulio Vargas, a São Paulo-based higher education institution and think tank dedicated to socioeconomic development.

Brazilian beef exports to China have risen to 2.6 times those of the same period last year thus far this year, which struck him above all, Taruhn told Yicai Global.

The increase stems from rising incomes and consumption among Chinese as more can now afford beef as a key protein source, he added.

Brazil is now striving to augment its soy exports to China with dairy products. Distance constraints mean cheese and milk powder must be the primary focuses here, though. Brazilian melons and avocados are also making headway in the Chinese market, he noted.

Iron ore is also a prime commodity the world’s fifth-largest country exports to China. Vale’s status as the only major international mining concern attending the Expo demonstrates its long-term commitment to the Chinese market, Xie Xue, president of China operations for the Rio de Janeiro-based company that is the world’s biggest producer of iron ore, told Yicai Global in an interview.

Vale supplied some 128 million tons of ferrous rock and iron pellets to China from January to September this year, or 65.6 percent of the company’s total in the time, up 59 percent on the year, she added.

All major suppliers, including Vale, will divert more iron ore to China because its economic recovery is leaps and bounds ahead of other countries’, Xie predicted. The company will send at least as much this year as last year, she projects, and may even chalk up growth. China took in 190 million tons of the firm’s iron ore and pellets last year.

China's real estate development may slow, but Xie said Vale expects the nation’s need for steel to stay quite high in the next few years on demand from the infrastructure, machinery and auto sectors.