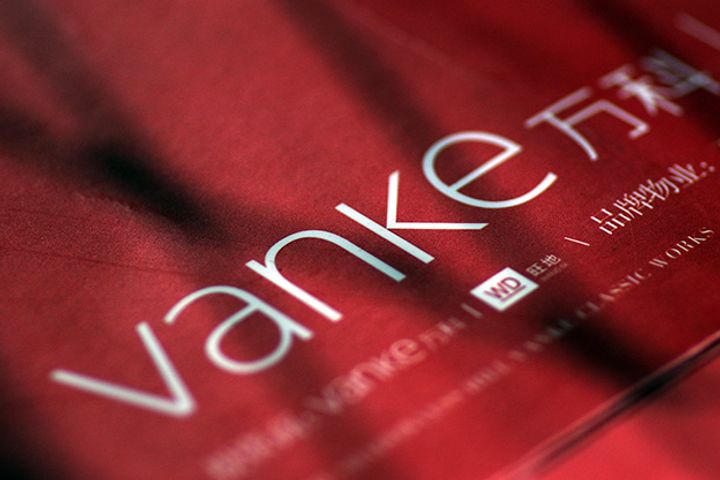 (Yicai Global) Dec. 5 -- China Vanke amassed CNY544 billion (USD79.5 billion) in contract sales over the first 11 months of this year to return to the throne of China's property developer sector.

The Shenzhen-based firm beat out Evergrande and Group Country Garden Holdings, two of the country's biggest two developers at the mid-year, it said in a statement yesterday. Evergrande's contract sales through November tallied CNY535 billion and Country Garden's totaled CNY490 billion, according to their own reports published yesterday and on Dec. 3.

China's property market has been slowing down this year as the central government looks to crack down on soaring prices. Its Politburo, made up of the country's 25 most senior leaders, amended its stance on the value of homes earlier this year when it vowed to curb rising house prices, rather than the "excessive" growth in prices that it sought to combat previously.

Additional measures governing corporate finance have also led to developers struggling to raise funds, with many buying less land this year. Beijing managed to sell a record 12 parcels in a single day last month, but only after relaxing rules that forced bidders to put down large deposits on plots they bid on.

Vanke was the only one of the three developers to post a sales gain in November, shifting CNY58.3 billion (USD8.5 billion), or 68 percent more than a year earlier. Contract sales at Evergrande and Country Garden fell 29 percent to CNY34.1 billion and 16 percent to CNY33.8 billion, despite both firms slashing prices in the previous two months.

Despite coming out on top in sales revenue, Vanke sold a much smaller area of physical property over the first 11 months. Its deals tallied 36 million square meters, compared with 50.9 million at Evergrande and 52.5 million at Country Garden.