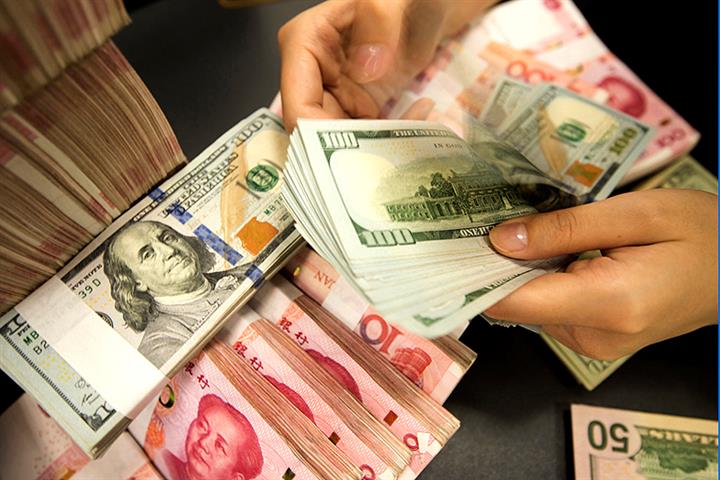 Virus-Averse Chinese Yuan Swings Below 6.83 Versus US Dollar, Strongest in Over 15 Months

(Yicai Global) Sept. 1 -- The Chinese yuan has continued to strengthen against the US dollar today, with both onshore and offshore rates going below 6.83 to reach a new record in more than 15 months as the redback is becoming a low-risk asset amid global virus recovery.

This morning, China's central bank set its central parity rate between the two currencies 107 bips lower from yesterday at 6.8498, the strongest for the redback since June 21, 2019.

The Chinese yuan's appreciation against the US dollar is in line with expectations as the renminbi is becoming a hedging asset, according to Wang Youxin, researcher at Bank of China's research institute.

The Chinese currency deals with less depreciation pressure than the greenback and should hover around the level of 6.9 in the short-term, according to Beijing-based Golden Credit Rating.

The US dollar has weak grounds for a rebound due to the Federal Reserve's inflation-tolerant monetary policy and the falling dollar-denominated assets' real returns, the rating agency added.

Besides weakness in its peer, China's quick economic recovery from the impacts of the epidemic also helps. The pandemic has been basically brought under control in China while companies and production are increasingly resuming operations, which drives economic growth, said Wang.

Meanwhile, China is stepping up its efforts to open up its financial sector while maintaining a relatively stable monetary policy and optimizing its business environment, according to Wang. This has spurred increasing cross-border capital inflows, which has promoted a stronger exchange rate, the researcher added.