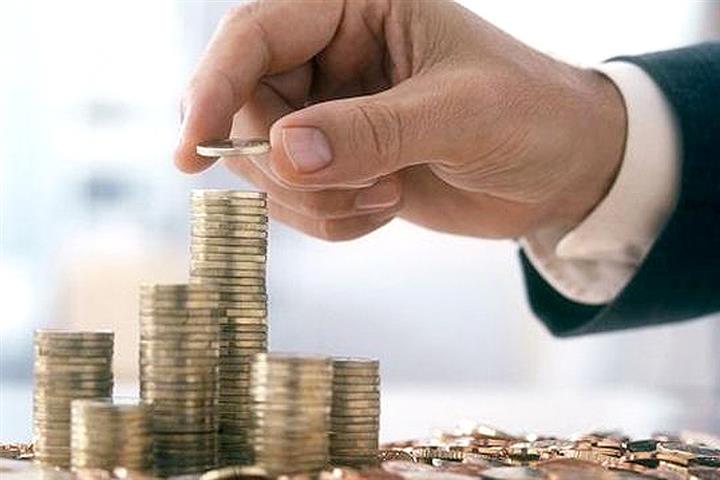 Virus Fails to Deter Fonterra, Walmart, Other MNCs From Hiking Investment in China

(Yicai Global) April 16 -- Multinational corporations such as dairy giant Fonterra and retail stalwart Walmart are showing confidence in China’s long-term development prospects by boosting their investments in the country undeterred by the recent impact of the coronavirus epidemic on the national economy.

New Zealand’s Fonterra Cooperative Group will open its first innovation center in China in Shanghai before the end of the month, the firm told Yicai Global yesterday. It will become its core research and development platform in the country.

The Auckland-based company also plans to build its fifth Fonterra Application Center in Wuhan next year to better serve markets in central China, such as Hubei, Hunan, Jiangxi, Henan and Anhui provinces.

Fonterra is very confident about the Chinese market’s potential, said Teh-Han Chow, interim chief executive for Fonterra in China, adding that the economy’s upswing will not change in the long run. Continued urbanization, industrial transformation and the upgrading of infrastructure will provide many more opportunities for foreign investment in the country in the years to come, he said.

“Ferrero expects the Chinese market to rebound quickly once the epidemic subsides,” said Mauro De Felip, general manager of Italian chocolatier Ferrero's China unit. This will be followed by sustained development with a stronger momentum, he added.

InterContinental Hotels Group is on track to open its 50th InterContinental hotel, its 100th Crowne Plaza hotel and its 20th Holiday Inn Express hotel in China this year, the British hospitality firm said on April 13.

"IHG has full confidence in the prospects of China’s hospitality industry,” said Jerome Qiu, managing director of Holiday Inn Express at IHG China. There have been no changes in key factors supporting the sector’s development, such as continued urbanization, the rise in disposable income and improving tourism infrastructure.

"The Holiday Inn Express brand will continue to expand in China this year, with a particular focus on the country's third and fourth-tier cities," he added.

“Work is gradually returning to normal despite the recent impact of the epidemic,” Qian Jin, president of Hilton Hotels and Resorts in China. Many projects are progressing smoothly, boosting our confidence, he added.

"As social and business activities return to normal in the wake of the epidemic, Hilton expects the economy to burst with vitality again,” he added. The Virginia-based firm plans to pursue more deals with partners in the country.

Walmart, the US firm that is the world’s biggest retailer, plans to spend CNY3 billion (USD424 million) over the next five years to build new retail outlets in Wuhan, the Chinese city hardest hit by the novel coronavirus outbreak, it said on April 8. This will include four Sam's Club malls, 15 shopping plazas and more community-based retail stores.

"Walmart has been operating in Wuhan for more than 15 years, and we are a member of the Wuhan community," said Tan Wern-Yuen, president and chief executive officer of Walmart China. The Arkansas-based company is honored to do its bit to combat the epidemic together with the people of Wuhan, he added.

As a global center of digital health innovation, China is one of Boehringer’s most important markets, said Felix Gutsche, president of the company’s China division. The drugmaker plans to invest another EUR188 million in the country over the next five years.

French drugmaker Sanofi plans to invest EUR20 million (USD22 million) a year on research and development in China over the next five years, the Paris-based firm said. It will also plough another EUR24.5 million into its Beijing plant to boost production of insulin glargine, a long-lasting blood sugar control for those with diabetes, making it Sanofi’s biggest insulin production base outside of Frankfurt.

The epidemic presents opportunities for further investment in the pharmaceutical and healthcare industries, Sanofi China said. It is even likely to reshape the medical and health ecosystem. China will remain the engine of the world’s economy due to strength, size and agility of its development, it added.

The Cambridge-based firm plans to set up regional offices in Beijing, Guangzhou, Wuxi, Hangzhou and Chengdu to give it better leverage in these regions’ economies, empower grass-root markets and implement innovation in lower-tier markets.

"Takeda Pharmaceutical is very confident in the Chinese market and will continue to up its investments in the country," the Tokyo-based firm said. Over the next five years, Takeda plans to invest CNY30 billion (USD4 billion) in China to produce over 15 innovative drugs for sale in the Chinese market. It expects to create around 1,600 jobs across 300 cities.

China’s growing demand for healthcare and the strong development of its economy make it one of Takeda’s most important markets, it said.

"Despite the ongoing epidemic, China’s National Medical Products Administration did not withhold drug reviews and approvals," said Chow Hong, CEO at Swiss healthcare firm Roche Holding China. "The resulting unity among all sectors of society has strengthened our determination to continue to explore and innovate in the field of health care and has boosted our confidence in long-term development and sustained investment in China."

US oil and gas major Exxon Mobil's planned investments in Huizhou, southern Guangdong province remain unchanged, CEO and Chairman Darren Woods said on April 7. Phase one of an ethylene gas project is going ahead at an investment of CNY34.3 billion (USD4.9 billion) and is scheduled to break ground by July.

The Texas-based firm plans to invest USD10 billion on chemical plants in Huizhou to produce high-tech premium polyolefin products, a type of plastic. The company will work with the Guangdong provincial government to respond to any challenges and will do its best to ensure that projects move forward as scheduled, Woods added.