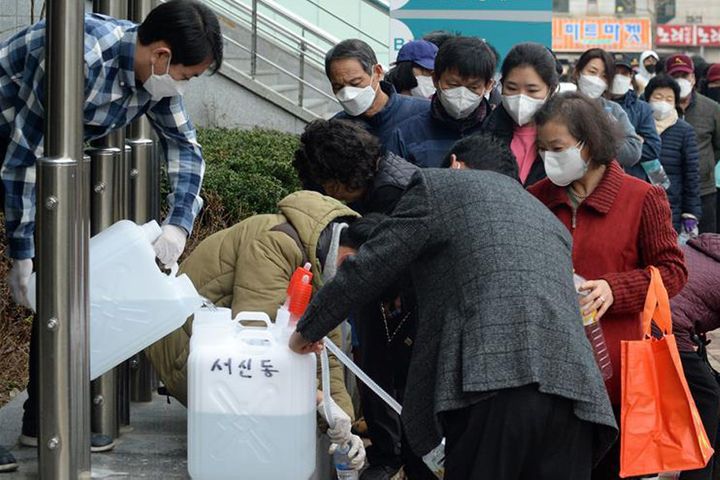 (Yicai Global) Feb. 28 -- Outbreaks of the novel coronavirus in Japan and South Korea have not yet affected China's display panel industry, according to the head of a manufacturers' group.

"We're worried that if the epidemic situation in Japan and South Korea expands, it will affect the supply of some upstream raw materials and components in China's display panel industry," Hu Chunming told Yicai Global in a telephone interview.

Hu, who is executive deputy secretary general of the Liquid Crystal Display Branch of the China Optics & Optoelectronics Manufacturers Association, hopes Chinese businesses and their overseas counterparts can help each other and overcome the difficulties together since East Asia is the global production base for display panels.

COEMA LCD branch issued an open letter to colleagues in the industry today, calling on everyone to pay attention to the epidemic in Japan and South Korea, and do their best to share the epidemic prevention experience and provide assistance to their Japanese and Korean counterparts.

"Except for some materials, China's display material supply has basically been localized." Hu said. So, if the contagion spreads, "relevant suppliers in Japan and South Korea can diversify their investments and transfer some of their materials production to China."

Chinese panel makers have been producing through the Chinese New Year holiday this year due to the characteristics of the semiconductor display industry's production process, Hu said. More than 85 percent of employees in the industry have returned to work. The overall impact of the epidemic has been limited this month.

But "the epidemic has a greater impact on local materials manufacturers," Hu noted. Fortunately, panel factories had a large inventory of raw materials before the holiday, which can sustain them until the end of this month. With local material companies resuming production since Feb. 17, the shortage of raw materials is gradually easing.

Some Korean panel companies have been adjusting their business strategies amid the outbreak. For example, LG Display has delayed production at the 8.5-generation OLED panel line in Guangzhou, while allowing its LCD module factory to resume output in China.

The capacity of LG Display's new Guangzhou plant did not climb rapidly because it used many new materials and new processes, Hu said. Capacity grew fast after the plant adopted the same processes and materials as the Korean factory. The epidemic delayed employees' return to work, further affecting the increase in capacity at the Guangzhou plant.

The epidemic has also affected the short-term supply and demand relationship of the panel industry, causing Korean companies to suspend plans to shut down LCD panel production lines, Hu added.