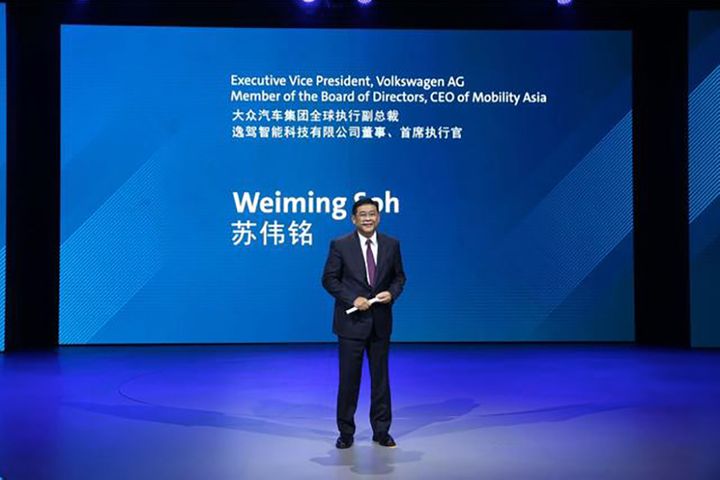 (Yicai Global) May 28 -- Volkswagen has teamed up with Jianghuai Automobile Group to create its first Chinese smart city as the world's largest automaker looks to bring more of its smart vehicle technologies to the biggest auto market on the planet.

The plans fall in line with a China strategy published by Volkswagen last year, which said it would collaborate with local partners and invest EUR15 billion (USD16.8 billion) in electric vehicles, autonomous driving and web-based travel services in the country.

Jianghuai, Wolfsburg-based Volkswagen's third-biggest partner in China behind SAIC Motor and the FAW Group, is also joining hands with the auto giant to invest CNY5.1 billion (USD734 million) and build an NEV factory in Hefei capable of producing 100,000 cars a year, which is set to open in 2020.