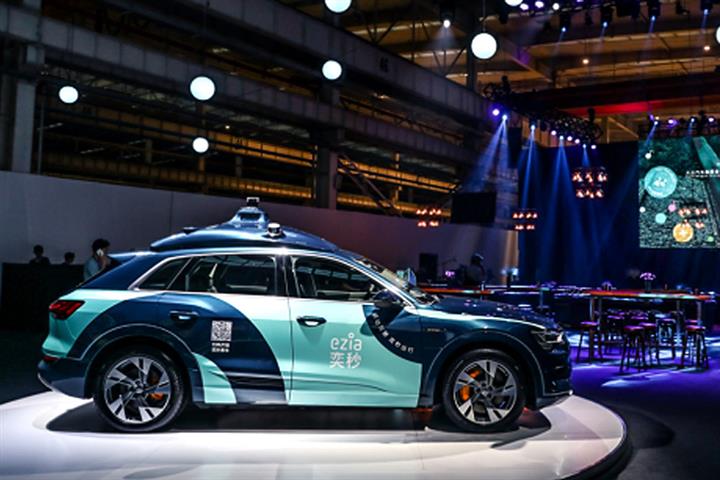 (Yicai Global) Aug. 27 -- German auto giant Volkswagen will begin road testing self-driving cars in VW's first such pilot in the globe's largest car market to run eventual travel services in Hefei in East China from next month, with the passenger-bearing tests to open to the public at large next year, Shanghai Securities News reported.

China is a fertile ground for driverless vehicle pilots. Toyota-invested Pony.ai, Baidu, Nissan-backed WeRide and Didi Chuxing are all trialing self-driving cars in various cities there as carmakers and tech firms plow billions into the new technology, Reuters reported yesterday.

The practicality of running self-driving travel services has prompted VW China to develop an app called ezia, which riders can use to hail autonomous driving services and interact with vehicles.

VW China will start passenger road testing of the ezia fleet early next year, targeting 400,000 residents in the local community of Haiheng, which will put up nearly 100 interchange stations in batches to facilitate this. To this end, VW China and the local government will join hands to determine where to build these stations to enhance the public transit system.

VW, its Chinese joint venture partner Anhui Jianghuai Automobile Group -- better known as JAC Motors -- and the Hefei government inked a strategic cooperation agreement over settling smart city project in the up-and-coming city last May, per which the three will cooperate in smart city and transport and build an ecosystem for the intelligent connected vehicle industry.