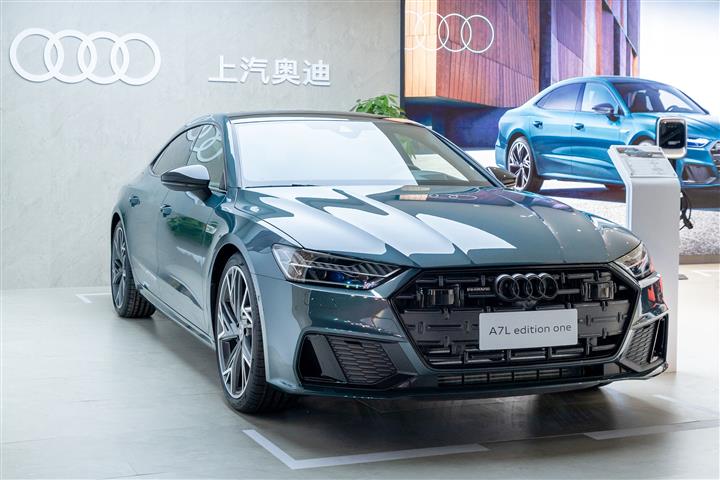 Potential buyers can pay a deposit of CNY7,777 (USD1,198) via the SAIC Audi mobile application, Yicai Global learned. SAIC Volkswagen hasn't revealed the exact full price yet but said that it will not exceed CNY700,000 (USD107,851).

Sales will begin in September, with deliveries expected in early 2022, Jia Mingdi, general manager of SAIC Audi marketing division, told Yicai Global. Moreover, the JV plans to debut a more premium version, Audi A7L 45 TFSI, and others in China by the first quarter of next year, he added.

SAIC Motor is not VW's only ally in China. But the models that SAIC and the Wolfsburg-headquartered company are intending to launch in the country are all superior to the existing models of FAW-Volkswagen, another JV, according to Jia.

Shanghai-based SAIC and VW agreed as early as 2016 to try to boost Audi's branding in China to surpass those of rivals Beijing Benz Automotive and BMW Brilliance Automobile, said Jia.

No. 3 Among German Brands

The enthusiasm may be rooted in the intensifying competition and the old brand's eroding positioning.

Audi was the first German luxury vehicle brand to enter the Chinese market in the 1990s. The move was initially sparked by a partnership between the European carmaker and China's FAW Group. But after that, other German brands, namely Mercedes-Benz and BMW, have risen to beat the early competitor in the Asian country.

Fast growth will continue in China's luxury vehicle market with consumption upgrades, Jia added. SAIC Volkswagen aims to sell from 250,000 to 300,000 units in 2025 by introducing more models after the first one, he added.