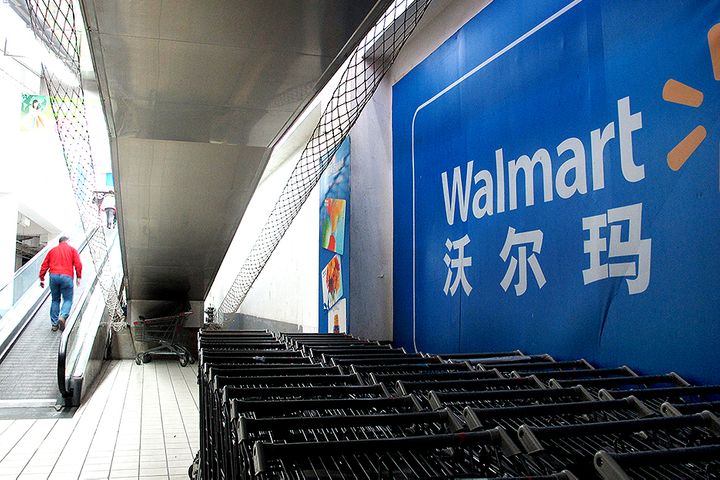 (Yicai Global) Jan. 9 -- Walmart said it plans to build 500 new brick-and-mortar stores and cloud warehouses in China over the next five to seven years after the US retail giant's e-commerce sales in the country doubled last year.

The Arkansas-based company, which entered the Chinese market more than two decades ago, notched up 50 million online customers in 2019, Chen Zhiyu, senior vice president of Walmart China, said at a press briefing yesterday. The retailer has been accelerating its digitalization process, President and Chief Executive Chen Wenyuan added.

While the Chinese operations of France's Carrefour and Germany's Metro have been taken over by local businesses and e-commerce retailers have continued to snap up lucrative online traffic, Walmart has been transforming both its online and offline business channels and expects to complete the digital upgrade of half of its 400 China stores by 2022.

The drive to go digital appears to be paying off. Last year was the firm's best in China for five years, with total sales up 6.3 percent, according to third-quarter results. Walmart-owned Sam's Club, a membership only retail warehouse club, had double-digit sales growth driven by higher sales across all channels and of fresh food.

Jingdong Daojia, the super-fast online delivery platform of Chinese e-commerce giant JD.Com, joined hands with Walmart in July 2018 to build cloud warehouses integrating storage and distribution. The warehouses are located in areas with no Walmart store coverage. Relying on Big Data support from Jingdong Daojia, the warehouses can provide one-hour delivery service for residents living within a radius of three to five kilometers.

Hypermarkets, local stores and Sam's Club outlets form part of Walmart's physical expansion plans for the next five to seven years. It will also promote direct purchases of fruits and vegetables this year by sending staff to farms to buy and get produce directly from field to store. The retailer also plans to triple sales growth of its own brands by 2022.