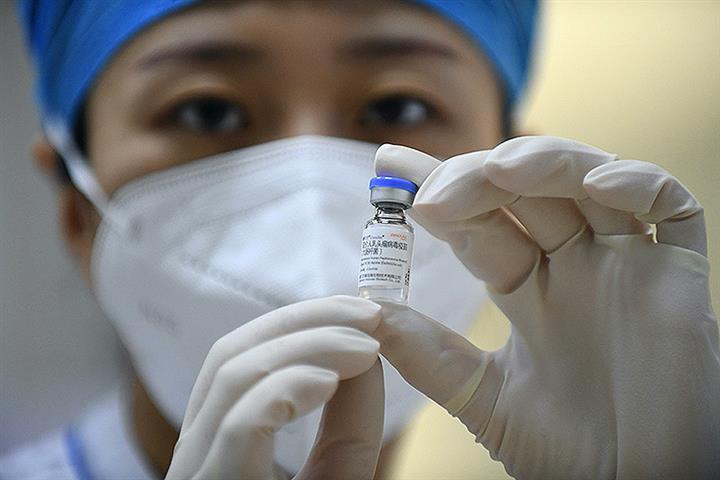 (Yicai Global) March 25 -- Chinese drug developer Walvax Biotechnology’s recombinant bivalent human papillomavirus vaccine, that has been proven to prevent cervical cancer caused by certain HPV strains, has been given the go-ahead to hit the shelves in China.

The bivalent HPV vaccine, which is effective against HPV strains 16 and 18, has been approved for sale, the National Medical Products Administration said. It is the second China-made jab to get the nod from regulators.

The vaccines will be manufactured by unit Shanghai Zerun Biotechnology which has prepared a production base with an annual capacity of 15 million doses, the Kunming, southwestern Yunnan province-based firm said earlier. Walvax will take into consideration the price of other products on the market as well as the firm’s product position and pricing strategy when determining the pricing, it added.

China now has five HPV vaccines on the market. These include the bivalent HPV vaccines developed by Walvax, Beijing Wantai Biological and UK pharma giant GlaxoSmithKline as well as four- and nine- valent jabs from US drugmaker Merck & Co.

China’s health authorities said in January that they are planning to support free human papillomavirus vaccinations for teenage girls in certain regions. Cervical cancer is one of the most common types of cancer among women in the country with about 110,000 new cases each year. Less than 1 percent of school-age girls in China are vaccinated against HPV.

A number of provinces including Guangdong have recently started to offer free or subsidized HPV vaccination programs for girls. The China market is expected to reach CNY69 billion (USD10.8 billion) by 2030, growing at a compound annual rate of 17.7 percent between 2020 and 2030, according to a Frost & Sullivan report.