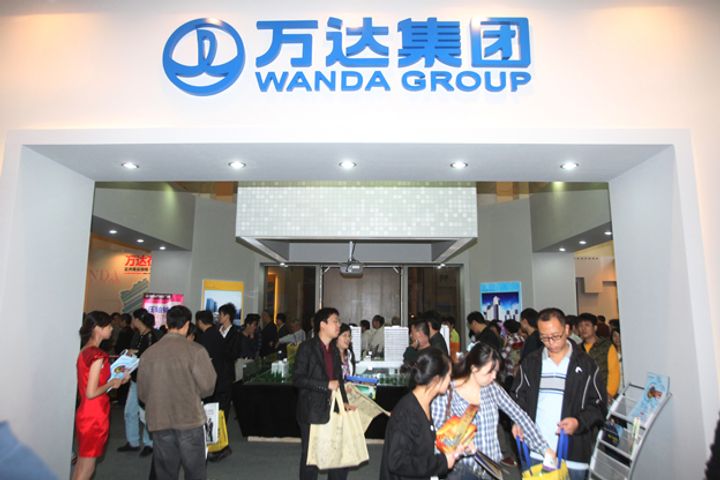 (Yicai Global) Feb. 2 -- Wanda Commercial Management Group, the world's largest commercial property management group, does not sign valuation adjustment mechanism, or VAM, agreements with the four investors it has recently brought in, it clarified. A stock-market listing of WCM in five years is a shared objective, but a failure to achieve that will not trigger share buybacks, said a senior executive.

Dalian Wanda Group disclosed a major investment agreement on Jan. 29, under which DWCP, which operates its core business of Wanda Plaza chain, will bring in Tencent Holdings Ltd., Suning Commerce Group Co., JD.Com Inc. and Sunac China Holdings Ltd. as investors to invest a combined CNY34 billion (USD5.4 billion) for a 14.41 percent stake in the company.

Dalian Wanda Commercial Properties will be renamed Wanda Commercial Management Group, and will no longer engage in real estate development, but focus on commercial management, per the investment agreement. The four investors require that WCM's revenue from commercial rents reach CNY19 billion next year and the firm go public by Oct. 31, 2023.

DWCP was listed in Hong Kong in December 2014. However, it announced a privatization plan just 15 months later as it was dissatisfied with its share price performance, and expressed a wish for an A-share listing. At the time, DWCP signed a VAM agreement with the consortium partaking in its privatization drive. Per the agreement, if DWCP fails to list on the A-share market by September 2018, the consortium will have the right to require Dalian Wanda Group to buy back stakes. And those are the shares the four investors have bought.

One of China's most successful developers, in recent years billionaire founder and Chairman Wang Jianlin has been diversifying Wanda Group into other sectors including film, television, finance, tourism and sports through a strong of mergers and acquisitions. Two years ago, he also introduced an 'asset light' strategy to its main development subsidiary.