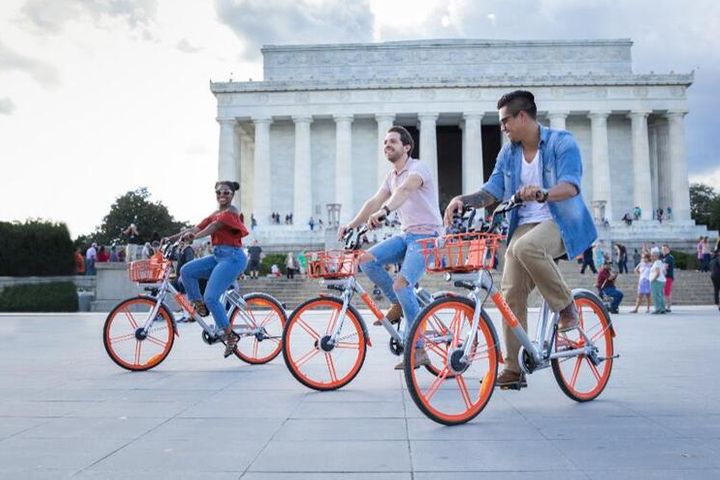 (Yicai Global) Sept. 20 -- Beijing Mobike Technology Co. said today that it has entered Washington, DC to expand its presence to the North American market. The US is the eighth country that Mobike has rolled out its services in.

The local government welcomed Mobike's arrival. The parties previously agreed to introduce the region's first rack-less shared-bike service. Unlike many other shared-bike companies in the States, Mobike doesn't need support from public investors.

Via innovative satellite positioning and Internet of Things technologies, Mobike will know the precise position and status of each bike and generate big data on mobility, providing better services for users and creating value for urban planning departments, local merchants and other institutions.

The Chinese company brought it bikes to the UK, Italy, Japan, Singapore, Thailand and Malaysia earlier. It has distributed and managed bikes in more than 180 cities worldwide.

Before tapping into Washington, DC, it established partnerships with several groups in the United States.

Mobike reached a cooperation agreement with American telecom giant AT&T Inc. [NYSE:T] to leverage its 4G LTE mobile network to develop business in the US on Sept. 11. It will collaborate with Qualcomm Inc. [NASDAQ:QCOM] to equip its self-developed smart lock with Qualcomm's global multi-mode Internet of Things modem to achieve a seamless global connection.

On Sept. 17, Mobike teamed up with the United Nations Environment Programme and the United Nations Human Settlements Programme to hold the world's first cycling day, which received response and support from American firm such as Qualcomm, Microsoft [NASDAQ:MSFT], The Coca-Cola Co. [NYSE:KO], and Motorola Inc.