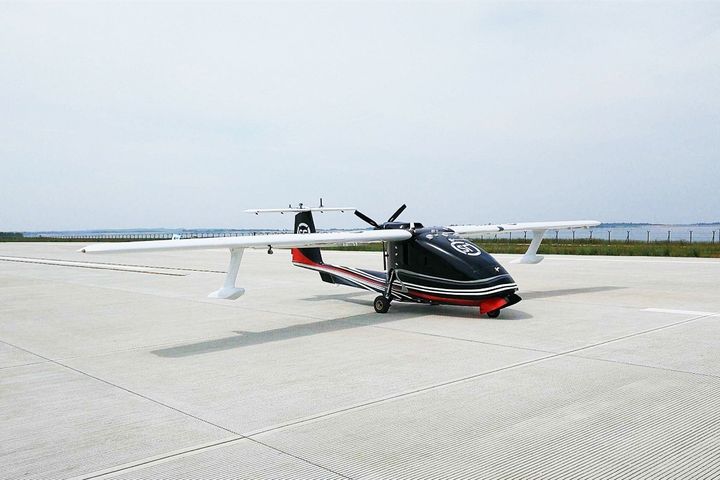 The amphibious UAV was in a test flight conducted by S.F. Holding Co. [SHE:002352], the operator of China's express courier juggernaut S.F. Express.

Made of carbon-fiber and metal, the drone is a joint production by SF Express and other Chinese firms. Powered by petroleum fuel, the UAV features a payload capacity of 250 kilograms and a speed of 170 kilometers per hour, with its longest flight time 10 hours. Its test flights for both land and marine loading have been successful, and now it can take off and land amphibiously without specific requirements for airports or trackways, making this UAV suitable for various complex environments.

Development of a UAV with a significant load capacity has been scheduled, e.g. with a load capacity of 10 kilograms and a flight distance of up to 100 kilometers, the managers of several private express companies told Yicai Global. Such UAVs have already found deployment in crop spraying.

The elimination of both technological and cost constraints means drone deliveries have ceased to be an impossibility at this juncture.

In June, the application to use airspace for the demonstration operation of logistics UAVs jointly submitted by SF Express and the Nankang District Government of Ganzhou City in southeastern Jiangsu province won approval from China's civil aviation agency and other authorities, marking the first approval for use of airspace by a logistics UAV. This demonstration use, which has the joint backing of companies, regulators and local governments, covers five townships in Nankang District, Ganzhou City, in China's southeastern Jiangxi province.