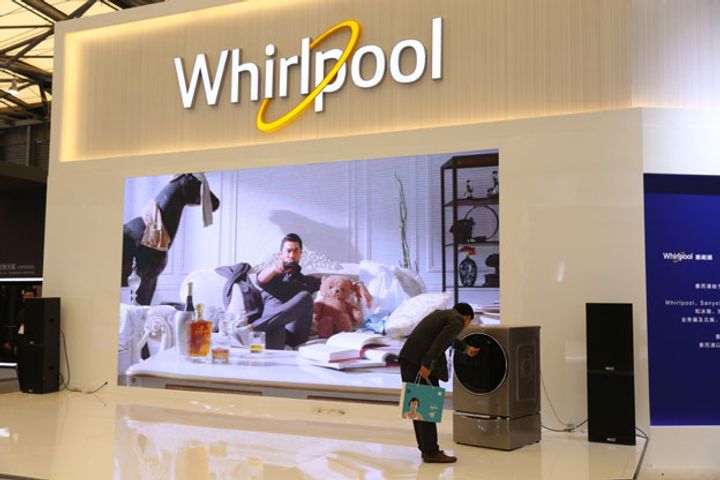 (Yicai Global) Dec. 12 -- China's increasing demand for dishwashers continues to attract industry stalwarts, with Whirlpool being the latest to eye the vast potential of a market already worth CNY4.2 billion (USD609.6 million).

Whirlpool China plans to build a CNY292.5 million (USD42.5 million) smart dishwasher plant in Hefei, the capital of Anhui province, the company said yesterday. Covering a 24,000-square-meter site, the factory will be completed in September 2020 and will be able to produce 500,000 units a year.

Retail sales of dishwashers in the country jumped more than 33 percent to CNY4.2 billion in the nine months through September despite a downturn in the market for traditional kitchen appliances such as range hoods, gas stoves, and disinfection cabinets. That made the category the fastest growing, according to market researcher China Market Monitor.

With fewer than two dishwashers per 100 households, the market is promising, according to Zhan Qi, general manager of the environment and healthy appliances department at All View Cloud Data Technology, a service provider focused on big data technology and applications in the smart home sector. The boom in the 'lazy economy' will also speed up the popularization of dishwashers, he added.

Whirlpool China will invest CNY240 million in fixed assets, while CNY52.5 million will be used as circulating funds. Its Hefei factory is expected to have annual operating income of CNY1.5 billion, with net profit forecast at CNY58.5 million, the statement added.

Whirlpool China Investment has a 51 percent stake in Whirlpool China, whose second-largest shareholder is Hefei State-Owned Assets Holding with 23.3 percent.