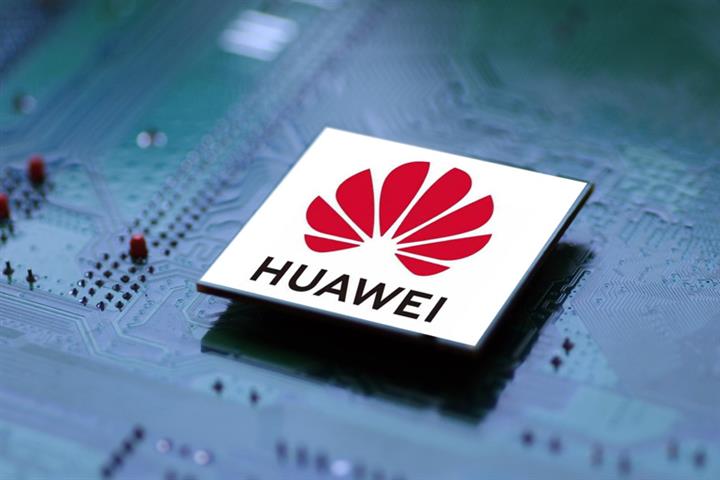 (Yicai Global) Aug. 10 -- Huawei Technologies, which has the largest shipment of mobile phones in the world, faces the dilemma of dearth of integrated circuit supply in mid-September due to a US technology embargo. MediaTek and Samsung Electronics are the contenders most likely to accept Huawei’s orders up to USD8 billion for mobile phone chips.

Shenzhen-based Huawei will use two processor solutions starting from its mobile phone Mate 40 at the earliest, and MediaTek and Samsung may be candidates, several insiders from Qualcomm and MediaTek confirmed to Yicai Global that.

“Huawei’s stocks of the fifth-generation wireless network chip Kirin 9000 can currently support the high-end version of Mate 40. The company’s shipment volume of flagship series is usually above 10 million, and the stocking volume of the Kirin high-end series is between 8 million and 9 million, meaning it is likely to adopt an external sourcing solution for the standard version,” a chip maker told Yicai Global, adding Huawei has increased its procurement of MediaTek chips since May, and has even hoarded wafers at USD10 or more each.

“MediaTek updated its latest flagship mobile phone chip roadmap for Chinese customers three weeks ago. Many are based on Huawei's specifications,” the insider told Yicai Global.

Taiwan-based MediaTek will introduce more high-end chips by the end of this year and next, the firm said on Aug. 7, while declining to comment on any specific customer. It can still take orders from Huawei at present.

The market changes triggered by Huawei became an important topic in a Samsung internal meeting that discussed how to expand the company’s customer base and improve its technological competitiveness, a Samsung insider also told Yicai Global.

Lee Jae-yong, the firm’s vice chairman, heard at the internal meeting about the Huawei sanctions’ effects on expansion of Samsung’s market share and discussed how to boost it in the wafer industry, the insider told Yicai Global. “Lee mainly learned the situation on the front line in the meeting and did not make any statements on scene,” the person added.

Huawei can still buy chips from South Korea’s Samsung, Taiwan’s MediaTek, and Shanghai-based fabless semiconductor company Unisoc to produce mobile phones even in this situation [where upstream original equipment manufacturers are banned], Huawei’s rotating chairman Eric Xu said in March. Huawei has made sacrifices because it has been unable to produce chips for a long time. It is believed that many chip companies will eventually grow up in the Chinese mainland. Huawei can also develop and produce products from chips provided by manufacturers in Korea, Japan, Europe and Taiwan.

The cooperation between Huawei and US chip giant Qualcomm is more complicated.

Qualcomm is also unable to cooperate with Huawei on fifth-generation wireless network chips because of the US ban. It had signed a long-term patent license agreement with Huawei, and will receive USD1.8 billion in compensation in the fourth fiscal quarter, the company announced on July 30. Its stock price gained more than 10 percent at market close that day.

Qualcomm has now resolved its licensing dispute with Huawei, and it may remain as one of Huawei's 5G main suppliers, said Fang Jing, chief analyst of the electronics industry of Cinda Securities.

MediaTek seems to be the biggest beneficiary. It predicted its revenue will jump over 30 percent in the third quarter from the second, far outstripping market expectations.

In-depth cooperation between Huawei and MediaTek will promote the latter’s chip production capabilities, a Qualcomm insider told Yicai Global. MediaTek’s market share will further increase with Huawei’s release of mid-to-low-end mobile phones in the second half, a development Qualcomm would be loath to see eventuate.