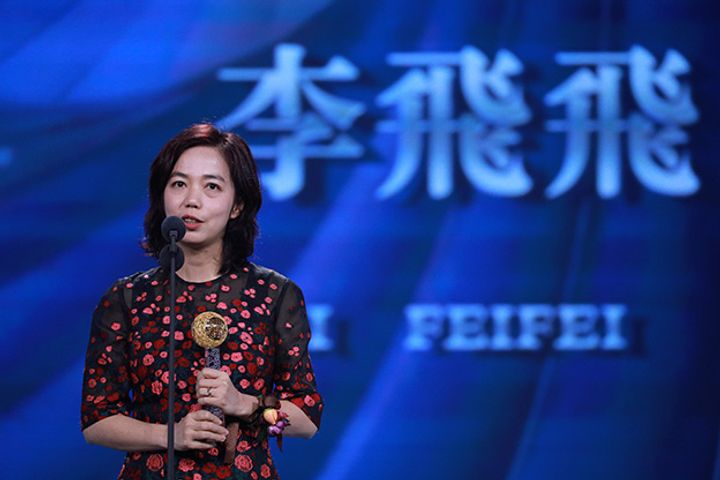 (Yicai Global) Sept. 13 -- Li Feifei, the chief scientist at Google Cloud's artificial intelligence division, will depart by the end of this year mainly due to her failure to meet key performance indicators, according to a fellow professor at an Ivy League school. Another reason may have been her involvement in the media storm about Google's collaboration with the US military over using AI in precision drone attacks.

"She is an icon," the anonymous Chinese academic, who works at a computer science department, told CBNWeekly. But "as Google's AI expert, Li didn't achieve much or exert huge influence. What she's done didn't impress the company that much in terms of its KPI appraisal system."

Li will go back to academia while remaining as a Google advisor, she said in her blog on Sept. 11. Andrew Moore, dean of the School of Computer Science at Carnegie Mellon University, will return to fill her position. He was at the Silicon Valley company between 2006 and 2014.

An associate professor at Stanford University, Li took leave of absence almost two years ago to work for Google, during which time she got caught between critics and the company's plan to cooperate with the Pentagon. She also co-leads Google AI China Center, which was set up in Shanghai last December, after the US firm's seven-year absence from the Chinese market. It has not said who will head the center after Li.

Emails Li sent regarding the smart drones project, called Project Maven, were leaked in May to The New York Times and US podcast series The Intercept. "Weaponized AI is probably one of the most sensitized topics of AI — if not THE most," she wrote in one email. "This is red meat to the media to find all ways to damage Google."

"Google Cloud has been building our theme on Democratizing AI in 2017, and Diane [Greene, Google Cloud's head] and I have been talking about Humanistic AI for enterprise," she added in the email. "I'd be super careful to protect these very positive images."

Critics saw a clash between Li's hushed email tone and her public writings in which she has spoken about the importance of developing AI for the good of all humans, not just a privileged few. Some 4,000 employees at Google signed a petition demanding that management reverse the decision on Project Maven. A dozen quit.

From China to the US

Li has been a poster child for recognition through hard work. She moved to the US at the age of 16, without knowing a word of English, while she progressed to the top of Google's management ranks and earned a doctorate on the way.

Google is located in Democratic Party-dominated California where most residents are left leaning, while Chinese immigrants tend to be relatively conservative, and so is Li, the unidentified professor said, adding that she regards legal compliance as the bottom line for a company.

Academics enjoy greater resources and over three times the salary from large firms than they do from academia, he added. Hiring professors boots Google's brand image and steers promising students their way, allowing it "to take advantage of both greatly reduced recruitment costs and enhanced publicity."