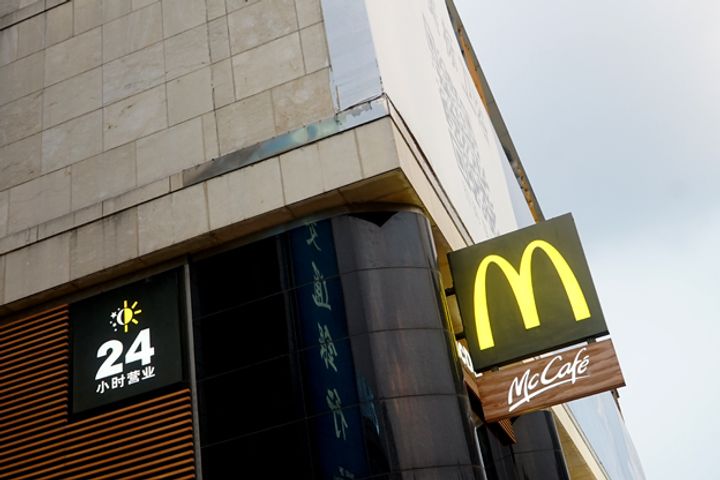 Why McDonald's China Changed Its Name to 'Golden Arches'

The news went viral on social media platforms and ranked as the most searched topic in the Weibo hottest keywords list in the evening of the same day.

"Where should we go for lunch tomorrow?" "Let's try Jingongmen." "Where?" Jokes like this abounded in readers' comments on the news on Weibo. Some commentators thought the new name "provincial" and said it sounds like an "agricultural company." One reader even left a message for KFC, saying that it should change its name to "Kaifeng cai" (meaning the local cuisine of Kaifeng city in east-central Henan province). Baidu Baike has also substituted Jingongmen for the entry 'McDonald's.'

McDonald's China confirmed the news in a statement on its Weibo account (note: the company's Weibo account has not been renamed) released later in the day, saying that the change of name is only limited to the firm's business license, and will not affect its business model or routine operations.

McDonald's China completed a strategic cooperation deal with China CITIC Bank Corp., CITIC Capital and the Carlyle Group in July. After the deal, CITIC and CITIC Capital collectively own a 52 percent stake in the new McDonald's China, and Carlyle Group's and McDonald's shareholdings are 28 percent and 20 percent, respectively. The new company holds the franchise for the mainland and Hong Kong markets. In other words, it is no longer a subsidiary wholly owned by the US fast-food giant, but a subsidiary incorporated by CITIC and Carlyle. Thus, its legal name should also be changed from 'Maidanglao', the Chinese transliteration of McDonald's.

A name change is a common practice of McDonald's after selling local franchises in different countries and regions. For instance, McDonald's head office changed the name of McDonald's in Latin America to 'Arcos Dorados' (golden arches in Spanish) after the sale of the franchise for the region, a project manager at CITIC Capital explained.

Jingongmen, or golden arches derives from McDonald's logo -- a golden M that resembles two arches that in turn developed from the twin massive lighted arches that flanked every free-standing McDonald's restaurant in the early days. McDonald's founder Ray Kroc, liked the name very much, saying it conveys the message American families gather together under the golden arches. McDonald's was originally a burger joint run by two brothers surnamed McDonald. Kroc spotted opportunities in the store and bought their business in the 1960s. That was when the M shaped golden symbol came into being as the fast-food chain's logo. Therefore, the decision to change McDonald's Chinese name to Jingongmen is fully justified.

McDonald's wanted to minimize the fuss about the change of name, but failed. However, it will not have any tangible effect on the company. People who want to eat at Jingongmen will be disappointed, as all McDonald's stores on the mainland and in Hong Kong will continue to use the old names, Maidanglao and McDonald's -- the name of a business need not be the same as its brand name, after all.