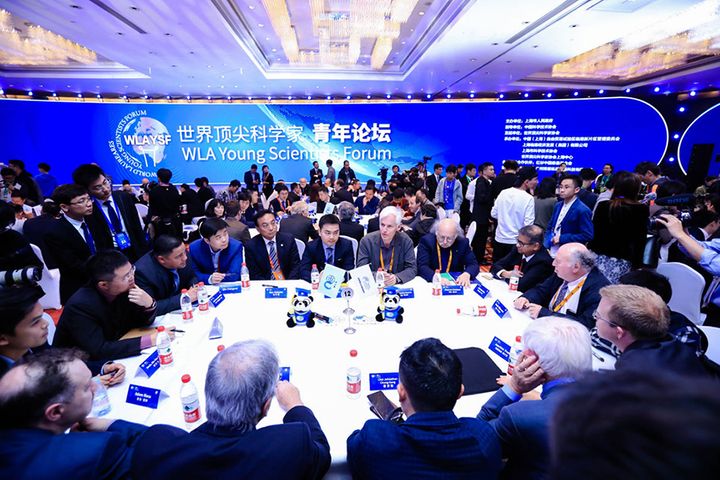 The World Laureates Association will seek to support young scientists in their research projects by providing financial aid and inviting them to join the forum, Roger Kornberg, president of the Hong Kong-headquartered organization that consists of international prize winners, told Yicai Global.

"I can assure you that young scientists will always be with us," Kornberg added.

Nobel laureate physicist Steven Chu told Yicai Global that for long he has long been concerned about the development of young scientists so he donates his conference speech remuneration to universities or not-for-profit organizations "because young scientists are the future, and the most outstanding scientific contributions come from young people."

Zhu has worked with six Nobel Prize-winning physicists at the University of California, Berkeley. This is why he strives to give back by facilitating encounters that prompt young Chinese scientists try to understand the thinking and works of global top scientists.

The group of participants reaffirmed the importance of basic science and stressed that the idea of an open and cooperative community is the basis for scientific development.