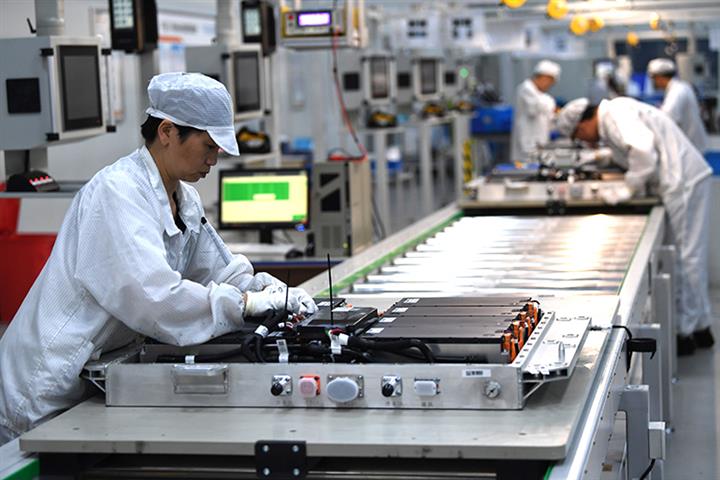 Worst May be Over for China's Economy, Says Eastspring Investments CIO

(Yicai Global) Sept. 19 -- Bill Maldonado, chief investment officer of Eastspring Investments, told Yicai Global in an exclusive interview that the worst period for the Chinese economy may be over and now is not the right time to reduce Chinese assets.

Singapore-headquartered Eastspring Investments is a wholly owned asset management subsidiary of Prudential, one of the world's largest insurance companies, and it had USD222 billion worth of assets under management as of June 30 this year. Before joining Eastspring, Maldonado was Asia Pacific CIO at HSBC Global Capital Management.

The transcript of the interview is as follows:

Yicai Global: What is your current position in China? Are you bullish on the Chinese market?

Bill Maldonado: Relatively speaking, yes. We have a more positive view of China. We've probably gotten through the worst, and it's all reflected in the price. I don't think it's a good time to reduce our holdings in China or even sell all securitie on China as some have suggested. I don't know when the real positive forces will come, but I do know that the worst is probably over and the future will be brighter. We want to keep investing.

Yicai Global: You are saying that China's economy may improve. What are the fundamentals behind your conclusion?

Bill Maldonado: We've seen fiscal and monetary stimulus. These policies are being pursued very cautiously, but there is no doubt that they are moving in the right direction. Business fundamentals are also changing, and a lot of investment is also happening in sectors that have very exciting upsides, such as electric vehicles, battery infrastructure, green technology and semiconductors.

Yicai Global: In terms of monetary policy, China has taken some supportive measures this year, which has put a lot of pressure on our currency.

Bill Maldonado: I think the yuan is doing well. It's the only currency in the world that has managed to keep up with the dollar recently. I think the Chinese authorities, regulators, and policymakers still have a lot of room to maneuver. I don't think there's any urgent need to worry about it.

Yicai Global: Another concern for the Chinese economy is the real estate sector. Do you see any light at the end of the tunnel?

Bill Maldonado: The government is taking steps to address the problem, including debt restructuring and asset management, and all kinds of support and stimulus are being discussed to make sure that projects are still deliverable and that buyers are not in deficit. I think these are all very important actions, but they may take a while to work. For now, it seems that the importance of protecting the real estate sector is being confirmed. That's very positive for us.

Yicai Global: Our government has also indicated that the Chinese property market is currently bottoming out. But how long do you think it will take?

Bill Maldonado: It could take more than a year. Investors think a year is quite a long time. I think that's one reason why people are not bullish on Chinese real estate. But if the market has hit the bottom and is moving in the right direction, that's actually very positive. However, a strong rebound in real estate is unlikely.

China is part of Asia, where inflation is not severe, and Asia is a very attractive destination as the macro environment is fundamentally better and the fundamentals of the enterprises are good.