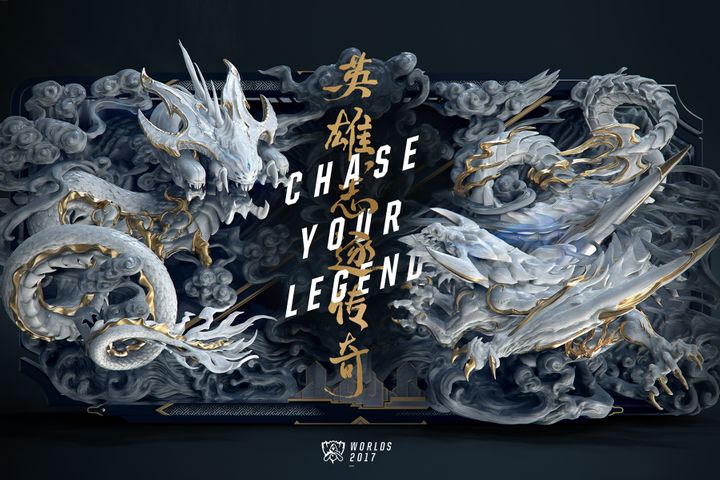 (Yicai Global) Oct. 12 -- The local government of Wuhan, the capital of central China's Hubei province, aims to establish an industrial base worth CNY1 billion (USD 151.64 million) devoted to the e-sports industry within the next three years.

The city has now hosted the world championships of the globe's most popular real-time battle game League of Legends, distributed in China by internet giant Tencent Holdings Ltd. [HK:0700] for two consecutive years.

Wuhan decorated its landmark Yellow Crane Tower with red and blue laser-lighting yesterday evening in order to express its support for the Chinese team competing in the event.

Other hosts of the competition include Beijing, Shanghai and Guangzhou, with the finals to be held in the capital on Nov. 4 at the Beijing National Stadium, better known as the Bird's Nest.

The Wuhan municipal government has made joint efforts with major e-sports tournament organizers to raise the profile of events in the city over recent years. It has also recently hosted the University Cyber Games and the China Youth E-Sports Competition.

Wuhan was an early supporter of the development of China's gaming industry, and a number of well-known upstream and downstream enterprises settled in the city. An e-sports industry alliance has been founded in Wuhan East Lake Hi-Tech Development Zone, also known as the Optics Valley.

The city is home to over one million college student and provides exceptional advantages for the development of e-sports, industry analysts say. The Wuhan Institute of Physical Education plans to cooperate with professional gaming companies to set up courses on e-sports, train professional gamers and manage teams.