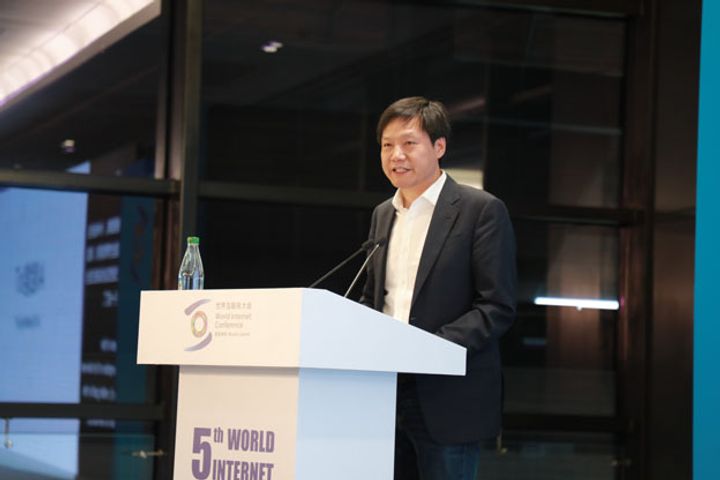 Xiaomi Founder Was Against Listing This Year

(Yicai Global) Nov. 8 -- Lei Jun, the founder, chairman of the board and chief executive of Xiaomi, has revealed was against the handset giant's listing that took place earlier this year, while speaking at the fifth World Internet Conference which runs until tomorrow in Wuzhen, Zhejiang province.

The Beijing-based firm's Senior Vice-President Wang Chuan echoed Lei's sentiments, disclosing his own disagreement to the initial public offering during an interview at the event, indicating that the firm was not lacking funds prior to the float.

Most of Xiaomi's executives were in favor of the IPO after the matter was discussed during a meeting, Wang added. The company went public in early July, raising a disappointing HKD24 billion (USD3 billion). The float gave the firm a USD54 billion valuation, less than half of its original USD100 billion goal.

The Beijing-based firm's founder spoken on new retail, business-to-business internet services and future plans at the event. He also indicated that the firm is focused on developing battery technologies to resolve issues surrounding smartphone charging.

Lei paid homage to the rise of new players in the consumer internet sector in China over the past four years, citing his own Xiaomi, Meituan-Dianping, Bytedance and Didi Chuxing. More firms will emerge in the coming years, he said, adding that in-depth internet services tailored to companies have only just started to take shape. He referred to 5G networks, Internet of Things and services for companies going global as drivers for growth.

Xiaomi hit its annual sales target of 100 million units two months ahead of schedule on Oct. 26, Lei confirmed, adding that the firm aims to launch mass production of 5G-capable handsets in the first quarter of next year.