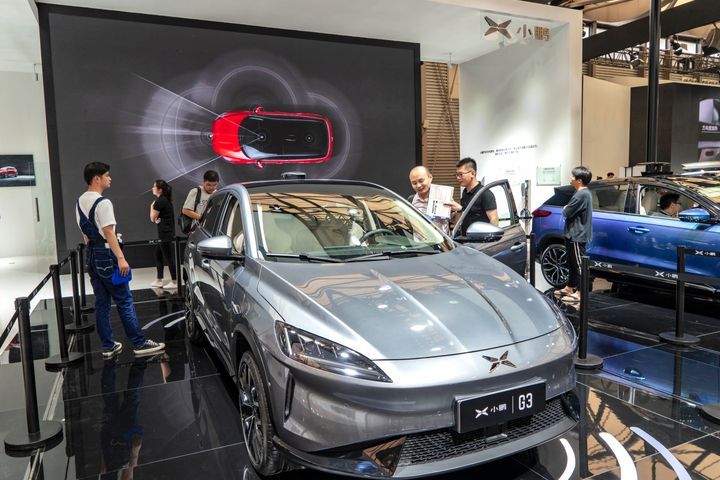 (Yicai Global) Feb. 25 -- Xpeng Motors is planning to open nearly 70 stores across China this year, hire thousands of more employees and roll out a new model as competition among internet carmakers accelerates amid slowing sales. The firm has pledged to speed up deliveries of its first model, the G3, later this month.

Xpeng Motors will expand in almost 30 Chinese cities, Xiong Qingyun, the chief marketing officer, told Yicai Global on Feb. 23. It will operate the outlets in first and second-tier cities but those in third and fourth-tier ones will be run by partners.

The company will hire 5,000 workers, co-founder and Chairman He Xiaopeng said last week, adding that deliveries of G3s will be ramped up at the end of this month. Some 24 such all-electric sport utility vehicles were delivered to clients on the day of launch on Dec. 12.

The company, along with other emergent car firms, is following Tesla's sales strategy in China, an industry expert said to Yicai Global. New energy vehicle firms need to get as close as possible to the market and customers as they release new models and improve their production capacity, Mei Songlin, an experienced analyst in the sector, told Yicai Global.

Last year, Guangzhou-based Xpeng Motors announced it needs to raise CNY30 billion (USD4.3 billion) in funds this year to fuel its high manufacturing costs. In the meantime, auto sales in China slumped in 2018 for the first time in two decades. The firm has reached a 85 percent level of automation with its partner, an embattled car parts maker Haima Automobile at its CNY10 billion (USD1.5 billion) plant in Zhaoqing.

Xpeng Motors took in 2,100 new employees over the last year, and 70 percent of them were researchers, He said. One of those include Shimiya Hiroshi, a former director of GAC Toyota Motor's quality assurance unit, he added.