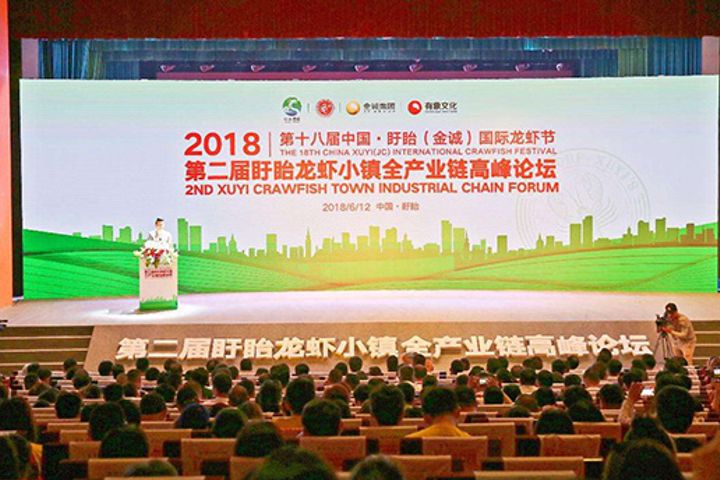 These transactions entail the construction of a circular-economy industrial park, the building of a tourism cultural town, the production of rare earth functional materials -- of which the area generates 10,000 tons per year -- and compensated rural exit, a government drive to woo farmers off the land and into cities as part of China's push to urbanize. Local authorities will now actively promote the landing of these projects, the Beijing News reported.

The cultivation of the crispy crimson crustaceans -- 'little dragon shrimp' in Chinese -- in Xuyi now occupies up to 520,000 mu (35,000 hectares/86,000 acres), and their annual trade volume tops 100,000 tons. With over 15 million franchised stores, the scale of the crawfish business is over CNY7 billion, explained Zhu Haibo, the county chief. The local area's mudbugs also lead all of China's aquaculture products in terms of brand value, he added.

Xuyi has held its crawdaddy fest, which cooks up on June 12 each year, since 2000. It is a renowned Chinese gourmet and tourism fest.