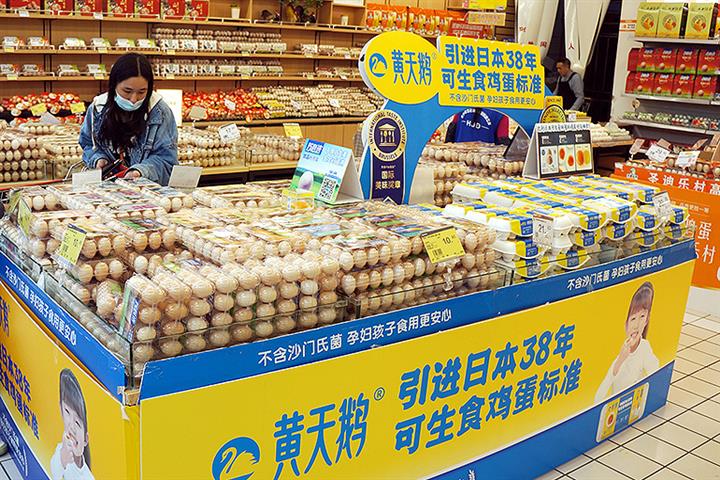 Yellow Swan Raises USD94.9 Million, Most Ever for a Chinese Egg Farmer

(Yicai Global) Jan. 26 -- The operator of Chinese fresh egg brand Yellow Swan has completed its CNY600 million (USD94.9 million) Series C round of funding, the highest sum for egg farmers in the country.

Fengshion Capital was the lead investor in the Series C2 round. Meridian Capital, Green Harbor Investment, as well as the existing shareholders of Xiamen C&D Emerging Industry Equity Investment and EverYi Capital also participated in the fundraiser.

Formed in July 2018, Sichuan province-based Fengji produces eggs to be sold in more than 10 Chinese cities including Beijing, Shanghai, and Guangzhou. The company applies hygienic standards originating from Japan to reduce the risks of salmonella infection, it said on its website.

China is the world’s largest egg producer and consumer with a market scale of more than CNY300 billion (USD47.5 billion), according to data from the firm. However, the market is extremely fragmented with a low degree of branding, it added. Based on experience from developed countries, the future of the business involves high concentration and branding, Fengji predicted.

The number of buyers of mid-to-high-end eggs in China is rising, said the startup. E-commerce platform Tmall’s statistics show that nearly 80 percent of consumers had bought these more premium products, priced at CNY1.5 (24 US cents) per egg, in 2020. Fresh eggs made up nearly half of the sales as the country's cuisine also features cooked and preserved eggs.