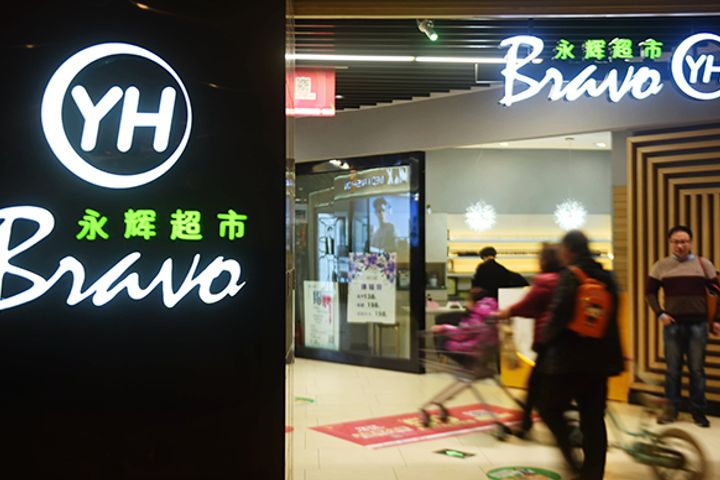 (Yicai Global) Dec. 13 -- Investors in Yonghui Superstores have questioned its jump in stock price on Dec. 8, which resulted in a trading suspension, ahead of Tencent's imminent acquisition of a 5 percent stake in the retail firm.

The hypermarket operator had been coy on reports of the internet giant's interest when trading stopped at noon on Dec 8, implementing a further temporary suspension on its stocks. The halt will last until Dec. 18, with Yonghui formally confirming on Dec. 11 that Tencent intends to take a 5 percent stake. The parties are now ironing out the details of the deal.

The timing of these announcements has led some stockholders to suggest that Friday's spike may constitute insider trading, with company figures possibly leaking details of Tencent's interest ahead of time.

The deal will give Tencent a 15 percent stake in Yonghui unit Yonghui Yunchuang, which operates smaller-sized supermarket Super Species, marking the major player's entry into the new retail sector.

Key rival Alibaba Group Holding Ltd.'s [NYSE:BABA] has already established a presence in the field through its backing of growing supermarket chain Hema Fresh Food. Tech companies in China are increasingly looking to expand their businesses into brick and mortar stores that combine online and offline shopping experiences.