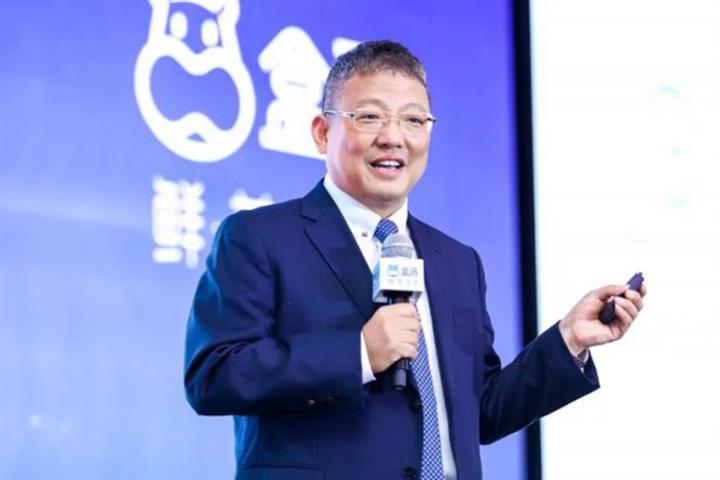 (Yicai Global) July 14 -- Hou Yi, a former JD.Com executive who built a logistics system that JD.Com is still proud of, left it five years ago to found Hema Fresh. From a three-person startup to a business whose sales reached CNY40 billion (USD5.7 billion) last year, Hema has largely changed the mechanics of fresh food retailing, and the transformational force it has brought is gradually emerging.

Hou is a follower of the trends of the time. He left Sinopec Shanghai Petrochemical in the 1980s when the opinion "Those who develop missiles are inferior to those who sell tea leaf eggs because the former earn less" prevailed in Chinese society, to turn himself into an arbitrage trader exploiting the price differential between products in the planned and private economies. When the electronics hypermarket came into vogue in China, he set up a firm that was at one point on a par with then-industry leader Yongle China Electronics Retail. When JD.Com arose in the new century, he jumped aboard the company. Then, in the new era of 'mass entrepreneurship,' he struck off on his own to set up Hema Fresh, in which tech titan Alibaba Group Holding now has a controlling share.

He became one of the first to buy a villa in Shanghai, and also experienced a company failure that made him go bust, but he always leads trends and is never out of step with the times.

Hema Fresh's mode didn't materialize from thin air but is the fruit of Hou's 30-plus years’ experience in the sector. During our conversation, Hou expounded upon logistics efficiency, store networks, pricing strategy and cold chain distribution in a professional and detailed way, showing his deep understanding and extraordinary insights into the sector.

After our chat, he showed us around a Hema flagship store where staffers he encountered greeted him cordially. Hou and his staffers apparently savor the delight of nurturing a startup.

Sam Walton formed Walmart in 1962 when he was 44 years old, and the Arkansas-based firm has been at the top of the Fortune 500 list in the many years since. In 2015, 51-year Hou founded Hema Fresh, and this will be the start of another legend. Entrepreneurs are always young, and entrepreneurialism is evergreen. Age is never a barrier to starting a business; the key is to have the courage to set off once again.

This story was reproduced from the Moduxiaoshaobing WeChat account with permission.