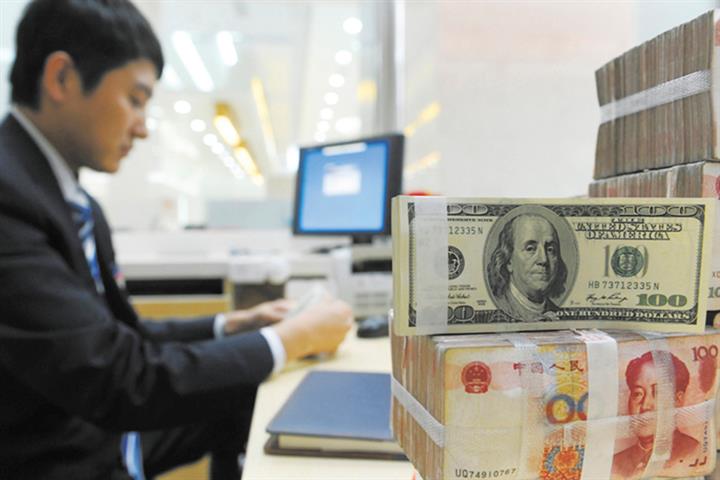 (Yicai Global) April 1 -- The share of the Chinese yuan in official foreign exchange reserves climbed to 2.79 percent in the final quarter of last year, a record high since the same quarter of 2016 and ranking fifth in the world, according to data released by the International Monetary Fund yesterday.

It was also the highest level since the Washington-based IMF began reporting forex reserves in yuan-denominated assets in 2016, it noted.

As of the fourth quarter, the US dollar remained the largest reserve currency held by major central banks in the world. The dollar’s global share fell to 58.81 percent from 59 percent in the third quarter of last year, a 25-year low.

“The decline in the dollar’s share has not been accompanied by an increase in the shares of the pound sterling, yen and euro,” the IMF said in a working paper titled The Stealth Erosion of Dollar Dominance: Active Diversifiers and the Rise of Nontraditional Reserve Currencies and released on March 24.

“Rather, the shift out of dollars has been in two directions: a quarter into the Chinese renminbi [or yuan], and three quarters into the currencies of smaller countries that have played a more limited role as reserve currencies,” the IMF said.

“A characterization of the evolution of the international reserve system in the last 20 years is thus as an ongoing movement away from the dollar, a recent if still modest rise in the role of the yuan, and changes in market liquidity, relative returns, and reserve management enhancing the attractions of nontraditional reserve currencies,” it concluded.