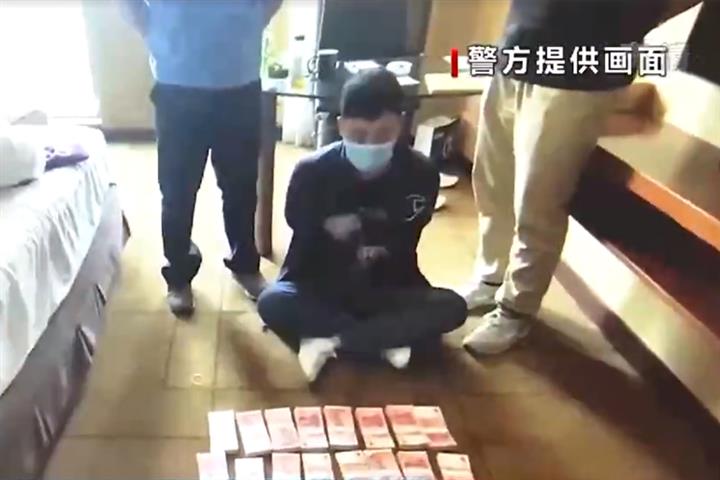 Some 36 criminal hide-outs have been busted, at least 100 bank accounts have been frozen and a large number of mobile phones, cash, invoices, company accounts and other items seized, the report said.

Money laundering, though, was one of the biggest uses of these funds. Detectives found six instances of abnormal import and export transactions taking place between domestic firms and overseas counterparts.

For instance, a foreign trade company in the city of Yiwu applied for USD3 million from banks to import king crabs, yet the goods entered China in the northeast of the country, over 1,000 kilometers from Yiwu, said Zhou Yongkai, an official at the Zhejiang Yiwu Public Security Bureau. The cost to transport the crabs to Yiwu, not to mention the low survival rate of the live crabs, did not add up, he said.

The ensuing investigation revealed that the company was exploiting the facility provided by the foreign exchange bureau to change Chinese yuan into US dollars in order to buy goods imported from abroad. In fact, the money was then transferred to an overseas company controlled by the suspect and was not used to purchase any products.

In the first three quarters, Chinese police solved almost 60 cases of money laundering and other instances of underground banking and seized over CNY300 million (USD46 million), said Hu Chunyu, vice director at the State Administration of Foreign Exchange's Department of Management and Inspection. This has helped to maintain the state's economic and financial security and the healthy and sound order of the foreign exchange market, he added.