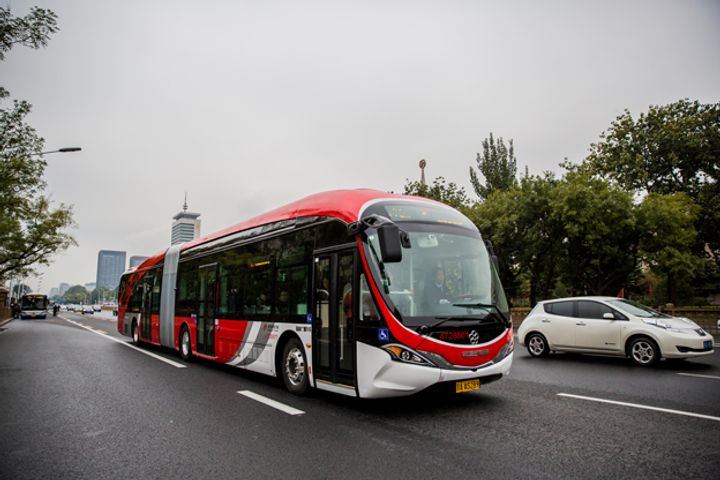 Beijing Public Transport Corp. will update its existing buses to amass a fleet 4,536 pure electric buses by year's end. The city's Laoshan electric bus charging station has also come into operation. It can charge 14 e-buses at a time and is the most efficient such charging station in Beijing.

"The charging station meets the special demands of big electric buses plying the No. 1 bus route. Each bus is 18 meters long and uses about 1.5 kilowatt hours of electricity per kilometer. With our high-power, fast-charging piles, such buses can be fully charged in 15 to 20 minutes, enabling them to meet driving demand," said Chen Haiyang, head of the division of smart electricity use of the marketing department of State Grid Corporation of China Beijing Power Co.

The company has expanded rapidly, with is value growing from CNY4 billion to CNY6.7 billion in under two years. Dong Mingzhu, chairman of Gree Electric Appliances Inc. of Zhuhai [SHE:000651], holds a 17.46 percent stake in Yinlong New Energy and is its second-largest shareholder. The pure electric buses the firm makes have gone into operation in more than 50 cities, including Beijing, Baotou, Anshan, Shijiazhuang, Handan, Zhuhai, Zhanjiang and Yongzhou.