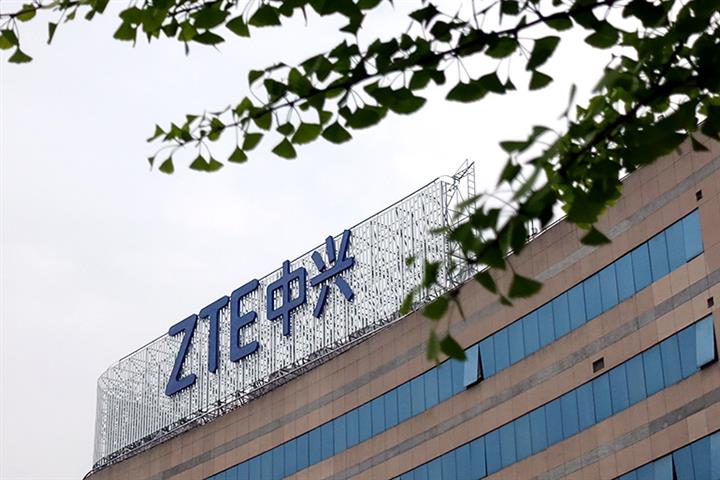 (Yicai Global) March 17 -- ZTE’s stock price surged after annual revenue at the Chinese telecoms equipment maker rose at the fastest pace in five years and it forecast first-quarter profit to jump by as much as three times.

ZTE’s revenue rose 11.8 percent to CNY101.45 billion (USD15.6 billion) for the year ended Dec. 31 due to a rise in government and corporate business and the recovery of its consumer business following the earlier impact of US sanctions, the Shenzhen-based company in an earnings report yesterday. It expects net profit to gain between 130 percent and 208 percent this quarter.

Net profit fell 17.3 percent to CNY4.25 billion last year amid fierce competition among fifth-generation network equipment suppliers and high upstream costs, said Yu Jun, a communications industry analyst with China Merchants Securities. An improvement is expected this year, but that is partly due to the low base of comparison with 2020, Yu added.

Annual revenue from China climbed 16.9 percent to CNY68.05 billion, while overseas income rose 2.7 percent to CNY33.4 billion. Overseas markets accounted for 33 percent of total revenue, down from a peak of 54.21 percent in 2011.

ZTE hiked spending on research and development by almost 18 percent last year to a record CNY14.8 billion. The company has around 80,000 global patent applications and held about 36,000 valid authorized patents at the end of last year, it said.